Hearts go out to power metal fans around the world and especially our readers in Brazil. The sad news broke over the weekend of the death of popular original Angra vocalist Andre Matos. I am sorry I could not post something here on the main site sooner as I was working all weekend, but it was heart warming to see the online tributes on various social media.

Matos was an extremely talented singer who accomplished a lot in his lifetime and who had a soaring voice that will echo in the ears and stir the hearts of many for ages to come. Truly Matos earned a spot in the Halls of Metal. It is still interesting to wonder how it would have been if Matos had been chosen to replace Dickinson in Iron Maiden (no disrespect to Blaze, who we love around here).

Yes of course, this is absolutely shocking and so incredibly sad. I had the pleasure of knowing Andre from all the times Angra & DT played together in the 90’s…so sad to hear this 😔 https://t.co/B1JfjPJxtw

Rest in Peace #AndreMatos – amazing musician and former singer of @angraofficial 😢
Our condolences to all of Andre's family, friends and fans. The world has lost an amazing talent.
.
.#AndreMatos #rip #angra #musician #singer #dragonforce @HermanLi pic.twitter.com/AFiosWTv3M

Even though this isn't related to Sharon / Within Temptation (But both were on Avantasia's "The Metal Opera" album), as a brazilian fanpage, we're sorry for the death of the singer Andre Matos (Angra, Shaman, Viper). A great loss for the brazilian music scene and world as well 💔 pic.twitter.com/wHeKz4FgnX 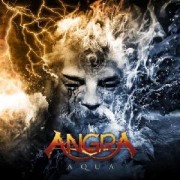 The new Angra album ‘Aqua’ is now available for streaming on the band’s myspace page. This is Angra’s seventh studio album and their first since ‘Aurora Consurgens’ released in 2006. ‘Aqua’ releases in North America on October 12th by SPV/Steamhammer Records. To hear the full ‘Aqua’ album click here.