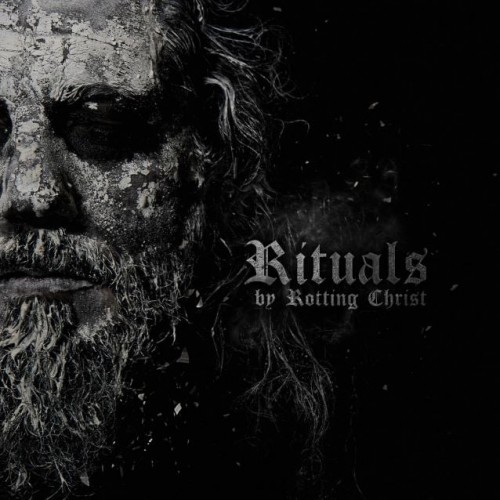 Whereas other less skilled bands would turn the heavily intoned chanting in this track to doggerel, Rotting Christ evoke a Satanic and brazen confidence that translates across this serious ear scorcher for a song that underscores the corruption in this world. The heart bleeding sense of melody that shoots through the song as well is truly something to behold, for the brave nd rebellious out there.

The album was recorded at Deva Soundz studios in Athens and mixed by Jens Borgen in Orebro, Sweden at Fascination Street.

Dave Mustaine’s favorite favorite Greek black metal band Rotting Christ have uploaded a track from their upcoming album. The song is entitled “In Yumen – Xibalba” and is off the upcoming album Kata ton Daimona Eautou.

Rotting Christ have revealed some details in regards to their upcoming album Kata Ton Daimona Eaytoy, which will arrive on March 5, 2013 (four days earlier in Europe) on Season of Mist. You can view the track listing here.

Kata Ton Daimona Eaytoy will be made available as jewel case CD, double gatefold LP and limited-edition digibox, including a digipak CD with bonus track “Welcome to Hell”, a pendant in velvet bag and a flag.

Rotting Christ spent more than four months at Deva Soundz studios in Athens crafting what it says “may be its darkest and more mystical and occult outcome ever.” Kata Ton Daimona Eaytoy was mixed by Jens Borgen at Fascination Street Studios in Örebro, Sweden.

Athenians Rotting Christ have a busy summer schedule bringing Greek death metal to Europe. They are confirmed for nine festivals in eight countries over the summer of 2011. As of 2010, they have released eleven full length albums in their 20+ year career. Most recently, they released “Aealo” on Season of Mist in February of 2010. 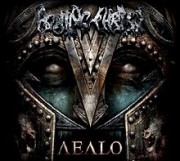 Greek black metal veterans Rotting Christ are currently streaming their newest album “Aealo” in its entirety on the band’s Myspace page.  The album was released on February 15, 2010 in Europe and February 23, 2010 in the US through Season of Mist.

Rotting Christ is scheduled to hit the road November 26th for the second leg of their European tour with Fintroll and Samael. 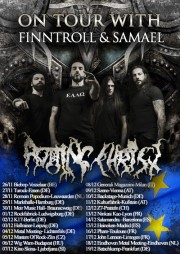