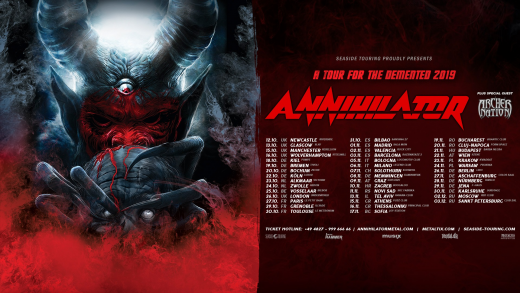 California metal act ARCHER NATION are set to cross the pond again as main support to Canadian thrash legends Annihilator for a 2-month/40-show run across UK and Europe.

Says vocalist/guitarist Dylan Rose, ” Archer Nation previously supported Annihilator in the UK and Europe in 2015 so it was a huge honor to get the call again. Jeff Waters is such an underrated guitarist and contributor to thrash metal, and his band is better than ever. We’re very excited to bring our new album to our friends in Europe for the first time.”

Archer Nation released their Mike Clink (Guns N’ Roses, Megadeth) produced LP Beneath The Dream earlier this year on David Ellefson’s EMP LABEL GROUP, before heading out on tour supporting Anvil, and David Ellefson himself on his Summer MORE LIFE WITH DETH tour, where the band performed an impromptu version of “Tornado of Souls” with Ellefson and HATCHET guitarist Clayton Cagle, as a tribute to Dave Mustaine who was recently diagnosed with throat cancer, at SWEETWATER in Ft. Wayne, IN. 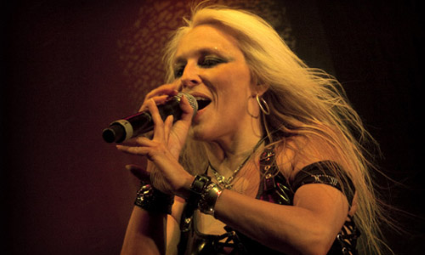 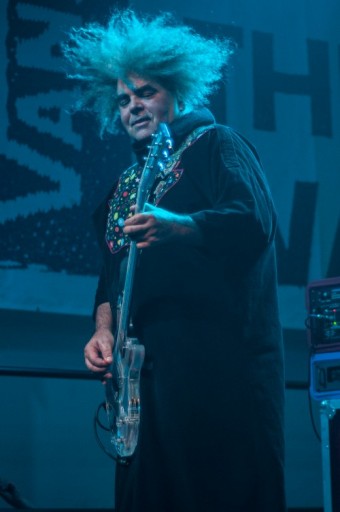 King Buzzo at House of Vans NYC by J.M.

2013 was a great year for music. I can’t recall a year in recent memory where I was so torn between so many great releases for my year end “list”. From Tidal Arms to Across Tundras to Ephel Duath to Nails, so many great bands just killed it. Other band greats tried to kill people as well. It was certainly a year for upheaval in the metal world, with scandals from the camps of As I Lay Dying to Nachtmystium to the horribly wrong Lost Prophets saga (you sick fucker, you are a shame to humanity and especially the Welsh, my heritage) upsetting the general public. As I Lay Dying is a real drag since The Powerless Rise is a fucking great album. But on the bright side it was a killer touring year, many albums that will be loved for years came out and heavy music is strong as ever-if not more. And if nothing today suits your fancy or makes you want to say Hail to the King, crank the Dave Grohl mixed B’last record Blood! for an old school slap in the face back to reality!

From my “best of” top pick Killswitch Engage‘s Disarm The Descent to Gorguts’ Colored Sands to Ghost invading the mainstream as the new nameless faces of metal to Corrections House shockingly cold Last City Zero, there was so much to inspire. So horns up, y’all. Here is an array of my thoughts plus year end reflections from members of Mares of Thrace, Storm King, Candiria, Landmine Marathon and more! Also I’ve got some exclusive 2013 live pics of Emmure, Filter, Melvins, For Today and more! 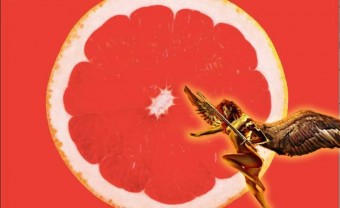 Click HERE to read the article. I also admit inside that I totally think Saves The Day rules, hahaha. 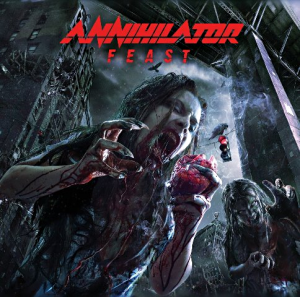 The current Annihilator team led by Jeff Waters (of course) and Dave Padden continue to kill, beating Cannibal Corpse to the punch with a new album called Feast. Seriously, say the word “feaaasssst” in a George Fisher growl and you have to wonder how Cannibal didn’t nab that title to go along with recent gems Torture and Kill. It’s just as well, cuz Feast is the best Annihilator disc in awhile. “One Falls, Two Rise” has some very cool alt-rock parts, but it still explodes into full tilt metal as the song progresses.

Annihilator are Canada’s legendary true guitar heroism-centric thrash academy, teaching metal heads for 14 albums now how to get whiplash. Jeff Waters is one of the flashiest shredders around but also knows how to be tasteful, and he proves it on Feast again and again with songwriting as important as ample chops. The 3D deluxe edition comes with a killer re-cut classics disc (featuring songs like “Never, Neverland” and “Fun Palace”) Re-Kill for new fans. Similar to Stryper’s recent Second Coming it is the rare kind of re-recording LP that actually has merit) but the real reason to grab this is the new material and the gory as hell, photorealistic Gyula Havancsak zombie artwork, who has done work for Jungle Rot, Opera Diabolicus, Hour Of Penance and Tyr’s recent killer Valkyrja (www.hjules.com).

Feast delivers on opener “Deadlock”, a thrash song that really charges and even surpasses most Slayer of late. It’s a high bar to set from the start and is frankly the best song, but the rest of the album is good. Jeff is a shredder who can also play with feel, like the spectacular Marty Friedman who I really love. “Wrapped” is straight up rock n’ roll infused metal with lyrics and guest vocals from one of my favorites, Danko Jones. “No Surrender” shows range with weird funk rock that sounds fairly dated but gains ground when it gets heavier. “Demon Code” is a real ride and Waters and co. shine as expected. Highly recommended. Nice mellow day listening to stuff like The Dodos and Russian Circles with Chelsea Wolfe, then picked this up and felt metal course through my fingertips as I stared at the bloody cover. Dropped right into zombie, shred hell!

Canadian melodic thrash metal pioneers Annihilator escaped a large fire on Wednesday night, shortly after playing to a packed house in Nottingham, England while on their European headlining tour.

Annihilator were packing up their gear from the Rescue Rooms venue in Nottingham city centre at around 1:00am when a large fire broke out next door. 1,400 people were evacuated from the venue as well as others from surrounding buildings. No one was injured in the incident.

Emergency services were called to the scene and were still putting the fire out on Thursday afternoon, causing significant disruption to the city’s transport services. Some of the band’s equipment was still in the venue at the time of the fire and the band and its crew were unable to retrieve it until Thursday.