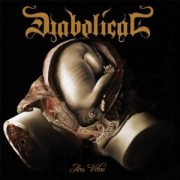 Sweden’s black metal masters Diabolical have confirmed that their upcoming album “Ars Vitae” will be released in North America by Abyss Records, home of such cult acts as Fester and Diehard. “Ars Vitae” releases in Europe on January 21st, 2011 and the official North American release date has yet to be announced.

On November 24th Diabolical starts their European “Black Steel Worship Tour 2010” with Urn and Interment. They will be joined by bands Misery Index, Arsis, Grave, Black Breath, The Last Felony, and The Rotted  on their November 26th show in the Netherlands at 013. Click here for tour dates.