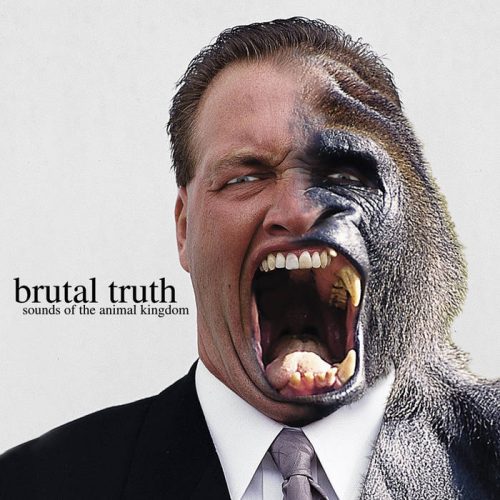 A lot of people know Brutal Truth, perhaps the heaviest grind band that ever snarled and raged beneath a mushroom cloud of bong smoke, for their Sounds of the Animal Kingdom album the best. It simply comes down to the cover art being so fucking bad ass (though Need To Control has a killer front cover as well) and the fact that Relapse seemed to really give it a good push, arguably one of the records that helped kick start the post-early days ascendancy of the label along with some other classics like Neurosis’ Through Silver In Blood or DEP’s Calculating Infinity, for example. As extreme and interesting as those bands were, Brutal Truth are simply not palatable in basically any way for most people, even open minded ones. You have to be all about the grind, sludge and chaos with a smear of politics and loathing for the inanity of humanity.

For me, this was the first album that really made me ‘get’ grindcore and was a huge mental puzzle piece in moving me towards the most extreme stuff in my collection being Fear Factory and some Death or Sepultura to fully embracing Napalm Death, checking out Repulsion, yadda yadda. I still think Kevin Sharp has the most fearsome bellow and it does more for me than a lot of even lower gurgle death metal vocals like, say, Nile or Pathology (not to take anything away from them). Cannibal Corpse may have had the extreme record art and some fierce growls, but Kevin Sharp always sounded like he had just half eaten someone and was yelling at them DURING the cannibalistic act.

Animal Kingdom is a perfect storm capturing in desperation in our collective, obsessive and narcissistic society. It shoves reality in your face and laughs at the idea of civilization, laying bare our cruelty as the most destructive force in the food chain.

The band had done some great stuff in the past with Colin Richardson or Steve McAllister who had credits with Crisis and Corrosion Of Conformity, among others. Animal Kingdom found the group getting one of their most vivid and intense sounds yet with the help of Billy Anderson. This record was able to match some of the social commentary of an early track like “Anti-Homophobe” that was so promising with some of the crushing heaviness of Need To Control, refining all sides of the band’s strengths into a magnificent onslaught on “Jemenez Cricket” or “Postulate Then Liberate.” And there is hardly even much you can say about the Lilker and Hoak rhythm section insanity besides ,“Holy fuck!”

For guitarist Brent McCarthy, this was his swan song with the group, as high point of an exit as you are likely to find in metal (though BT made great albums after him in the years to come as well). I can remember staring at the graves and skyline montage on the back artwork and getting freaked out at the push of mortality and the oppressive stupidity of my fellow man, something all too prominent in the news again these days like almost never before. Sept. 23rd marks twenty years of this smashterpiece and everything else is STILL not loud or fast enough. Light one up and give the old girl a spin if you haven’t in awhile (or even if you have). 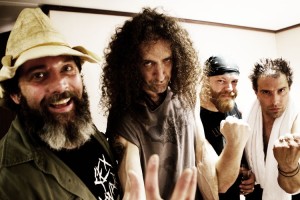 New York grindcore band Brutal Truth bassist and founder Dan Lilker has announced, via Facebook, his future retirement from recording and touring. Lilker formed the band in 1990 and they have released six studio albums.

You can read the statement from Lilker here.

Brutal Truth’s most recent released End Time was put out in September of 2011 via Relapse Records.

Grindcore subjugators Brutal Truth today unveil their brand new epilepsy-inducing society-hating politically-charged video for “Malice/Fuck Cancer,” the latest in an ongoing bombardment of videos coinciding with their latest LP End Time. This latest action-packed double-header was completed by Tyson Montrucchio who previously also directed Brutal Truth’s videos for “Sugar Daddy,” “Semi Automatic Carnation” and “Get a Therapist…Spare The World,” in addition to working with Cattle Decapitation, Downspell and others. Get the video here.

And for tour news, head on over here. 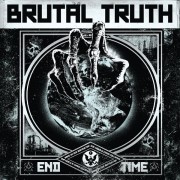 The new album will be released September 27th through Relapse Records.

The new album is set to be released in North America on September 27th through Relapse Records.

New York based grindcore band Brutal Truth has posted “Addicted” from their forthcoming album “End Time.” Click here to check out the song via Noisecreep.com. The band has previously posted the title track from “End Time” at the band’s Facebook page, which you can check out here. “End Time” was recorded with Doug White at Watchman Studios in Lockport, NY, mixed by Jason P.C. at Goatsound Studios, and mastered by Scott Hull at Visceral Sound, and is due out September 27th via Relapse Records.

New York’s seminal grindcore quartet, Brutal Truth, announce that they have completed work on their upcoming album “End Time”, which was recorded with Doug White at Watchmen Studios in Lockport, NY. The self-produced album was mixed by Jason P.C. at Goatsound Studios and is currently being mastered by Scott Hull at Visceral Sound.

Advance song titles taken from “End Time” include: “Celebratory Gunfire”, “Crawling Man Blues”, “Old World Order”, “Killing Planet Earth”, “Gut-Check”, “Addicted”, “Drink Up”, and “Control Room”. Although no official release date has been set yet, “End Time” is expected to be out sometime later this summer via Relapse Records.

Brutal Truth also recently posted a performance video of the band playing “Sugardaddy” from “Evolution Through Revolution”. The video was filmed during the band’s tour with Converge and Venomous Concept last December.