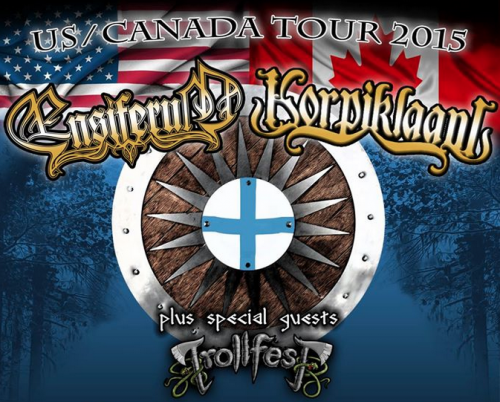 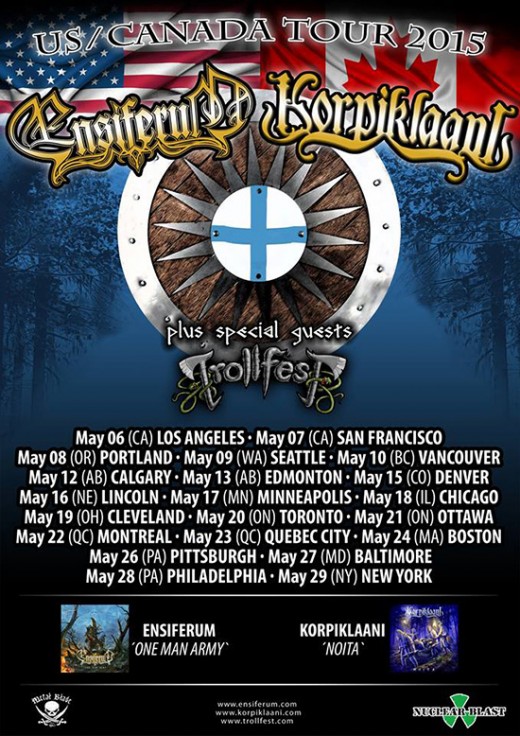 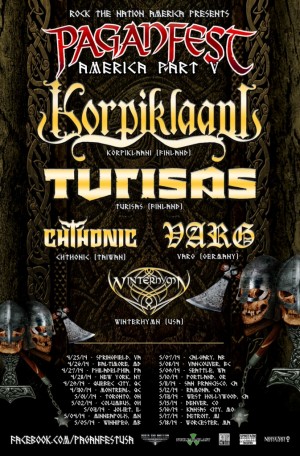 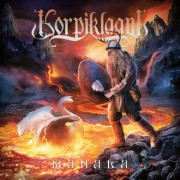 Finnish metal stalwarts of the traditional folk variety Korpiklaani have released the second in a series of video breakdowns of their forthcoming album Manala.  The record is set to be released August 14, 2012 via Nuclear Blast with an extensive North American tour to follow soon after.

To check out the first video and tour details you can click right here, while you can find the second video right here.

Manala will be the eighth studio album released by Korpiklaani and the follow up to Ukon Wacka which was released all the way back in 2011.  These guys are always working and if their music is something you are into then it is highly recommended that you seek out and listen to singer/guitarist Jonne Järvelä’s first band Shaman.

Two music videos have also been recently released by the band for the songs “The Steel” and “Rauta.”  Both are taken from Manala so it is a good chance to get a taste of what to expect.  You can find those videos here.

Finnish folk metal legends Korpiklaani have released the first in a series of track-by-track breakdowns for their upcoming album Manala.  The record is set to be released August 14, 2012 on Nuclear Blast with a North American tour to follow soon after.  Nuclear Blast USA will also be giving away a limited number of guest list spots (not a backstage pass) for the tour.  You can find out more on that right here.

Korpiklaani’s vocalist/guitarist Jonne Järvelä has issued the following statement about the tour:

“Once again we are very excited to come back to North America. It will be the first time we are able to tour on the release of our new record, Manala. We are also very pleased to be having our very good close friends from Moonsorrow, Týr and Metsatöll, so expect a great party with good friends and even better music!”

Video Clips: Korpiklaani – “Rauta” and the English version “The Steel”

Finnish folk metal band Korpiklaani have released the official video clips for the songs “Rauta” and it’s English counterpart “The Steel.” The songs are from the band’s upcoming album Manala, and the included English bonus CD respectively, which is set for release in the States on August 14th via Nuclear Blast. The album is the bands 8th studio album and is a follow up to the their 2011 album Ukon Wacka. To be honest it’s the same video but different languages, you can watch “them” here.

The band has also released a smartphone app of their own where listeners can stream new songs and get other small perks which will trickle down from their official Nuclear Blast page for downloading the app. To download and get more information on the app click here.

Korpiklaani has announced more details surrounding their upcoming album Manala, which is set for an August 3rd release date off of Nuclear Blast Records.

To see more details regarding the album click here.

Finnish folk metal legends Korpiklaani have unveiled the details on their forthcoming album titled Manala. Originally reported to have been titled Kunnia, this will be the band’s 8th studio album and will include both Finnish and English versions of the songs.  It is due out August 3, 2012 under Nuclear Blast.

To read a statement from frontman Jonne Järvelä about the album’s concept click here.

To listen to the first single from the album called “Metsälle” click here.

Finnish folk metal band Korpiklaani have just released a video for the song “Metsälle.” The song is off the bands 8th studio album Kunnia which is set to be released this summer. Kunnia is a follow up to the bands 2011 album Ukon Wacka on Nuclear Blast. “Metsälle” is a concept song that is better explained by frontman Jonne Järvelä

“‘Metsälle’ can be seen as kind of a prayer to the ancient gods to ask for luck for the tough hunt deep in the woods in cold winter time. Not only is the old man in the song praying for success but – even more importantly – for a safe way through the dangerous frostiness.”

True to Jarvela’s words the song sounds like a bearded man shouting a prayer at the sky. You can listen here.

He is to make his debut on their upcoming Nuclear Blast Records release Kunnia. The album is due out July 18, 2012 in Finland and the rest of the world July 20, 2012.  You can see more details and hear a song from the album here.

The band has been quoted as saying:

“We took Tuomas aboard when we noticed that he was actually the only sensible choice for us. We had already thought of him before, but were always afraid that he’d be too busy to join us, because Korpiklaani demands much time from every band member. When we finally asked him, he replied that it’d be an exciting challenge and big chance for him, so he agreed to take over the fiddle for us. We’re more than happy about his decision!  At the moment, the whole band is gathered in the studio where we’ve recently entered the final stage of recording, with Jonne laying down his vocal lines and only a few folk parts waiting to be recorded. If all goes to plan, the album will be ready for mixing at the end of March.”

To get an idea of what he brings to the table, you can see a video of Tuomas’ solo project here.

According to their official Facebook page, Finnish folk metal veterans Korpiklaani are releasing their newest album, Kunnia, on July 18, 2012 in Finland and the rest of the world July 20, 2012.

“New Korpiklaani album Kunnia ([meaning] ‘Honor’) will be out 18th of July in Finland and 20th of July rest of the cosmos.”

The album is being relesed by Nuclear Blast Records and the song Metsälle was released as a single on December 16, 2011.  According to the band the song “is about the hunt on Hiisi’s magical moose in the Northland. He (Lemminkäinen) puts on his charmed ski’s and takes off for a prolonged hunt through forests and meadows, marshlands and woodlands, rapids and rivers. This song describes part of the Kalevala story, the national epic of Finland.”

Finnish folk metal group Korpiklaani have made their first lineup change since 2005.

Jaako ‘Hittavainen’ Lemmetty has been with the band since it’s inception in 2003 and the decision to leave has been a mutual one between Hittavainen and the rest of the group as his personal health issues have made constant touring and recording impossible.

The violinist has been replaced by Teemu Eerola who has been rehearsing hard with the band in preparation for some upcoming shows in Rotterdam on September 24, and in Finland on October 6 in Pori and Helsinki later that month. The band will then head to North America to begin their 24 date tour on November 23.

Finnish folk metallers  Korpiklanni have announced the their upcoming “Ukon Wacka” North American Tour! Support will come from their very close friends from Russia, Arkona ,who will be making their North American debut. Polkadot Cadaver and Forged In Flames will complete the package. Click here for tour dates.

Finnish Pelimanni metallers Korpiklaani have just debuted the first video for their upcoming album “Ukon Wacka”. The album is the band’s seventh album, planned to be released on February 4, 2011 through Nuclear Blast. The title refers to an ancient pagan sacrificial feast, dedicated to Ukko.

For a track listing for the album Click Here