New York hardcore band Biohazard has announced that they will be back in Europe this summer in supports of their latest album Reborn In Defiance which was released in early 2012 via Nuclear Blast Records. 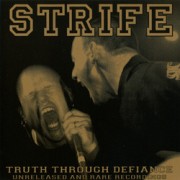 Graziadei tracked a verse at Firewater Studios in Los Angeles for the song entitled “Never Look Back”.

Graziadei had the following to say about his appearance:

“I met the guys in Strife back when we were recording the Biohazard album State of the World Address. We hit it off pretty good and the guys helped us out with background vocals. It’s cool to be able to return the favor and have the honor of singing on THEIR record now! With Iggor Cavalera on drums and Nick Jett producing the new cd, the guys are back stronger than ever! Hope to hit the road with them sometime during our tour for Reborn in Defiance! “

A final release date, label, cover art and additional information will be revealed in the near future.

New York hardcore act Biohazard recently announced that they will be returning to Europe for summer festivals. The band will be out on the road in support of their latest album Reborn in Defiance which was released in January on Nuclear Blast.

The group is very excited about returning to Europe, vocalist and guitarist Billy Graziadei had this to say about it: “I’ve been home from tour for five days now and can’t wait to get the hell back on the road! Europe, are you fucking ready for this? We are!!!”

More dates are set to be released at a later date. 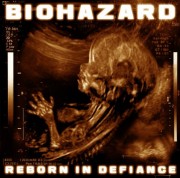 New York hardcore act Biohazard has recently posted a lyric video for the song “Reborn” off their latest album “Reborn In Defiance”, due out on January 20, 2012 via Nuclear Blast Records. Check out the video here.

You can also go to their official Facebook page to check out more new songs off of the album such as “Vengeance Is Mine” and “Come Alive.”

“Being a huge fan of vinyl records and the amazing sleeve artwork that used to come with them, I really wanted our artwork to be unique. In the spirit of being ‘Reborn In Defiance’, the album cover represents to me an interesting paradox: an embryo, not yet spoiled by the world, but already possessing the heart of a rebel.”

“Since you all seem to like free stuff (I know I do), and our new album “Reborn In Defiance“ isn’t coming out until early 2012, to show our gratitude to our friends/fans, we are giving away another new song for Halloween! Enjoy “Come Alive”! Turn it UP!!!!” 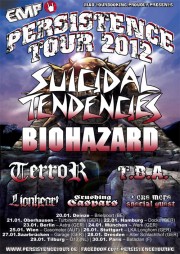 California metalcore act, Biohazard, have announced they will be co-headlining the “Persistence  Tour” with Suicidal Tendencies. The European tour will last from January 20th through January 31st. They will also be supported by Terror, Lionheart, Crushing Caspars, and others to be announced. To see the full tour schedule click here.

Biohazard in search of new singer

Brooklyn metalcore band Biohazard have revealed that they are to hold open auditions to find a replacement for recently departed frontman Evan Seinfeld. The band announced Evan’s departure in June, with one-time member Scott Roberts temporarily covering for him during the band’s  performances at Download and Metal Hammer’s own Golden Gods awards. Click here to see the official statement from the band.

A statement from the band themselves reads as follows:

“ATTENTION SINGERS!!! You think you got what it takes to be one of the voices for Biohazard? Send us your music, videos, links, etc to auditions@biohazard.com and we’ll check you out. Experience is a must, as is the ability to commit 100% to the life of a full-time touring musician, as the band is booked solid for 2012 and 2013. – Biohazard”

What do you get when you mix a reunion and break-up? You get Biohazard‘s newest album Reborn in Defiance, their first album in six years and first since 1994 to have all original members, although the make-up didn’t last long as bassist Evan Seinfeld left the band just two months ago.

A new track is available on Nuclear Blast’s facebook and can be found here.

Guitarist Billy Graziadei addressed Seinfeld’s hasty exit recently, telling a Swedish website that “It dropped like a bombshell. It kind of came up from left field. We finished tracking the record in late February and really didn’t have much contact with him that much. Everything was through management and I was working on the mix with [producer] Toby [Wright] and some additional overdubs and different ideas and some piano and keyboard stuff.” 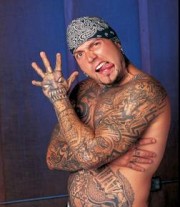 Biohazard have released this statement:

“We have a long history together, but it’s time for a change. We wish Evan well.”

Seinfeld will be temporarily replaced by Scott Roberts, who played on the band’s 2005 album ‘Means to an End.’ He will play in place of Seinfeld’s at the Download Festival on June 12th in the UK, and again on June 13th at the Metal Hammer Golden Gods Awards in London.

The band recently completed their first album with this lineup in almost 20 years. Some fans may remember him as a part of the VH1 reality show “Super Group” with Ted Nugent, Sebastian Bach, and Scott Ian.

More On: Metalcore, Break Up, Biohazard,
Comments (2)   share on:

Stated Biohzard’s: “Yo, we are in the studio finishing up the new Biohazard album due out later this year and can’t wait to get back over to the UK to play Download!! Bobby, Danny, Evan and I are psyched to back on the road again after spending the past year working on this new album. See you in the pit!!!!”

Biohazard recently got back together in the original line-up and announced to be working on their first mutual album in sixteen years! Stay tuned!