The EP will be released on September 17 via Relapse Records.

This EP will be released in advance of Ringworm’s fall tour with labelmates Howl and Call of the Void.

Metal maniacs Howl are preparing to rampage through North America in support of Bloodlines.

Howl will be supported by Lord Dying.

Check out the tour dates and the video for “Demonic” here. 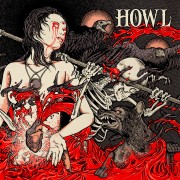 Rhode Island metallers Howl have released a brand new music video for their single “Demonic.”  The song comes from their brand new album Bloodlines, which came out last week with Relapse Records.  Recording was taken care of at Planet Z Studio in Hadley, Massachusetts with Chris “Zeuss” Harris behind the controls.

The video for “Demonic” is streaming exclusively through Metal Injection and you can find it by clicking right here.  The band is also streaming Bloodlines at their Bandcamp page right here.

Bloodlines is Howl’s second full length album and the follow up to 2010’s Full Of Hell.  When asked about the album, Howl commented, “Bloodlines is the child of sweet southern riffs and a dirty gorilla with big dirty gorilla balls.”

Howl enter the studio to work on new album

Rhode Island doom metallers, Howl, have announced they have entered Planet-Z Recordings with producer Zeuss to begin work on their sophomore album. Zeuss will also be in charge of mixing and mastering the album as well and the band will release more information on the new album soon. Vocalist and guitarist Vincent Hausman has also stated:

“This is the meanest and heaviest thing we’ve ever done, and we feel like the songwriting is a big step forward since ‘Full Of Hell’. We’re super psyched to team up with Zeuss, because we feel like he’ll properly capture this monster of a record.”

The new album is expected to be released in Fall 2012 through Relapse Records.

Rhode Island doom metallers, Howl, have announce the dates for a mini-tour in the United States. The tour will last from November 4th through November 20th and they will play in six different states.

The band’s newest album “Full Of Hell,” was released in May 2010 through Relapse Records. 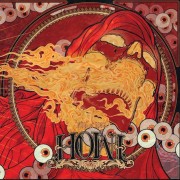 Relapse Records released Howl‘s new album entitled Full of Hell on May 11th, 2010 to great reviews, including Decibel giving it a 9/10 and calling it “a well-oiled machine, one that pummels like Mastodon, Melvins, and Sabbath.”

The band is finally unveiling the bloody, disgusting video for “Heavenless” on, well, Bloody-Disgusting.com.

Stream the entire new album here and keep a look out for this rising band when they record again later this year. 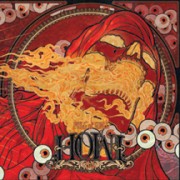 Rhode Island doomsters, Howl, just finished playing the Metalalliance tour alongside Saint Vitus, Crowbar and Kylesa in Los Angeles this past week. But good news for those who didn’t catch them on that tour; Howl have decided to work their way back to the East Coast through a couple of shows, one of which will be free.