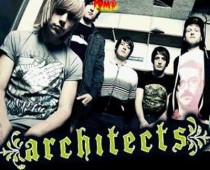 After decimating stages throughout Europe with blistering sets at this year’s Nova Rock, Hove, Peace & Love and Sonisphere Festivals, Architects (UK) takes the main stage at this weekend’s storied Reading and Leeds Festivals.  Following those two sure-to-be-incendiary shows, the band hops across the pond to make their long-awaited return to US soil. They will be heading out with Bring Me The Horizon and Parkway Drive for a North American tour that will last a little over a month and will see the band traversing the United States and Canada.  Starting on August 31st in San Diego, CA, and wrapping up on October 4th in Las Vegas, NV, this will be the first time the band plays the US in support of their most recent record, the critically-acclaimed The Here And Now, released earlier this year.

Bring Me The Horizon drummer breaks hand while playing soccer

Bring Me The Horizon drummer Matt Nicholls broke his hand during a game of soccer with Parkway Drive and Architects members. BMTH are currently on tour, and as Matt Nicholls wont be able to play, Architects drummer Dan Searle will be filling in on the remaining dates.

Matt Nicholls comments on the accident:

“It were a lovely day so members of BMTH, Parkway Drive and Architects decided to play footy and I made the stupid mistake of going in the net. The ball came to me and I knocked it away with my hands and Winston from Parkway Drive clipped my hand with his foot and there you have it, one broken hand.”

“I have to see a specialist in Sheffield to see if I need surgery or not but I’m not gonna be picking up drum sticks for about 6 weeks. It was an accident and you know, shit happens but I’ll tell you now, it’s the last time I wear gardening gloves in the net!”

British metalcore band Architects have posted a short 51 second trailer for their upcoming music video “Heartburn.” The track is off the band’s latest album “The Here And Now,” released in January of 2011 through Century Media. Click here to watch the trailer.

Architects are currently prepping for the late April UK leg of their tour with fellow British metalcore band Bring Me The Horizon, to be followed by a Canadian tour in May. 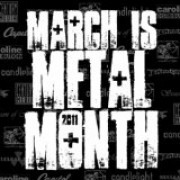 EMI Records put out a free sampler for download this month featuring many artists like Winds of Plague, Architects, and Deicide. Eleven eardrum assaulting tracks blacken this sampler.   EMI Records is considered one of the “big four” record companies, the fourth largest in the world. 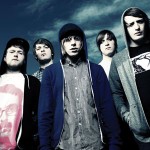 English post-metalcore band, Architects, have been confirmed to play this years Resurrection Fest in Spain.

Check out the Teaser video here.

UK metalcore rising stars Architects show off their new video for “Learn To Live,” taken from their latest release on Century Media, “The Here and Now.” Currently, Architects are gearing up to play Sonisphere, probably as I type, in Italy. Then, they head out in April on a tour of Europe and Asia. 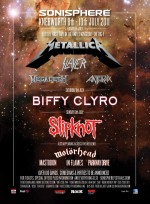 The festival is taking place at the prestigious Knebworth House and will be headlined by the Big Four (Metallica, Slayer, Megadeth, & Anthrax) and will also feature Slipknot, Motörhead, Mastodon, and Parkway Drive.

Sonisphere is an annual music festival that has wandered through Europe each June through August since 2009.

Architects post outtakes video from “Day In Day Out” 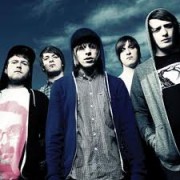 Hardcore Thrashers Architects have posted outtakes from their new music video for the single “Day In Day Out” which is from their upcoming album, “The Here and Now” which is slated to be released on January 25th 2011 on Century Media

The Video features deleted elements of the video shoot, and was released by Century Media on December 8th 2010. The full video having been released as a teaser for the album on December 6th 2010.

The Architects are slated to begin a European tour in January with Bring Me the Horizon.

To Watch the Music video, and outtakes, Click Here. 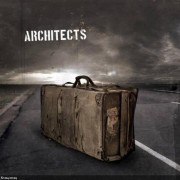 UK Metalcore band Architects released a new music video today for their song “Day In Day Out” from the upcoming album “The Here and Now”. The album is to be released on January 25th through Century Media.

Architects has also been touring with Atreyu on the “Congregation of the Damned” tour and will be wrapping that up this early December. 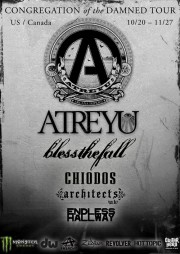