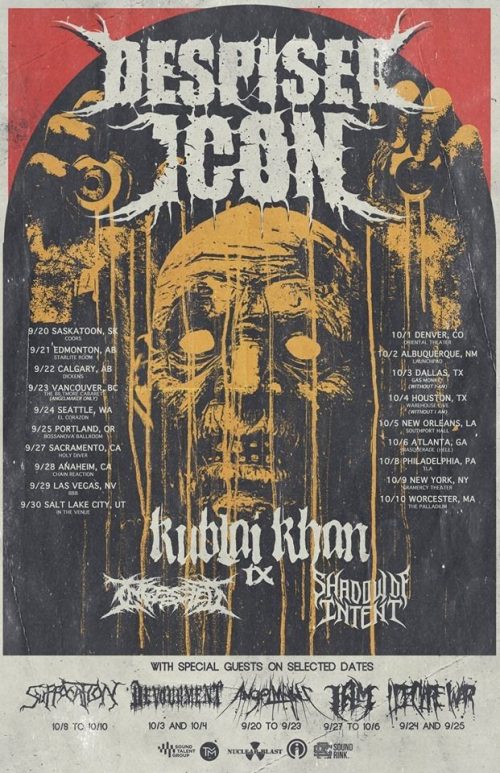 Hey friends. So, the “President” thinks the Moon is part of Mars. Congrats to the tech death scene for being more scientifically accurate on weird space album covers than the fucking President at this point. Anyway, let’s get some weekend metal news going for ya on this fine Saturday.

First, go see Dark Phoenix. It was not perfect but was better than like 4-5 other X films (I didn’t personally like Deadpool 2 much cuz of the egregious excessive prison rape jokes). Sophie T was friggin’ X-cellent as a younger more insecure Jean coming into hard truths. I am confused since she already had the Phoenix Force in the Apocalypse movie, so that was weird. That said (SPOILERS), it is character driven, female focused, Nightcrawler goes HAM, there’s a Dazzler cameo, friggin’ Magneto has an amazing dirt of your shoulder train crunching scene that is almost as good as Luke’s shoulder brush off moment in The Last Jedi, there’s a Dazzler cameo and we finally have a good X film not overly dependent on Wolverine. While the alien villains are underdeveloped, I thought the Prof X/Beast/Magneto dynamics and the backstory childhood Jean stuff was very well done, the action was amazing, the ending was a beautiful send off to these films and overall while obviously not the classic comic the TONE very much suited and fit great with this particular franchise and what it needed. Jean’s protective motivations near the finale and love and emotion as strength mantra was beautiful and well done, the trippy Phoenix effects at the climax were super cool on a huge screen and I actually would go see it again today if I had the cash.

And the big weekend news is…Despised Icon are going to kick some major ass on their upcoming tour with slammers Ingested plus the very heavy Kublai Khan, and no joke Shadow of Intent. As if that wasn’t enough fucking legends Suffocation and Devourment plus Angelmaker, I Am, and I Declare War will appear on select dates. That’s a lot of mosh for anyone.

Ingested drummer Lyn Jeffs commented, “We’re stoked to be touring with our buddies in Despised Icon. This is something we have talked about doing with each other for nearly 13 years and we can’t wait to smash it with the boys in Canada and the USA this Autumn. What an awesome line up too, we’ll be joined by Kublai Khan, Shadow of Intent and in selected cities with the boys in Suffocation, Devourment, Angelmaker, I Am & I Declare War.” 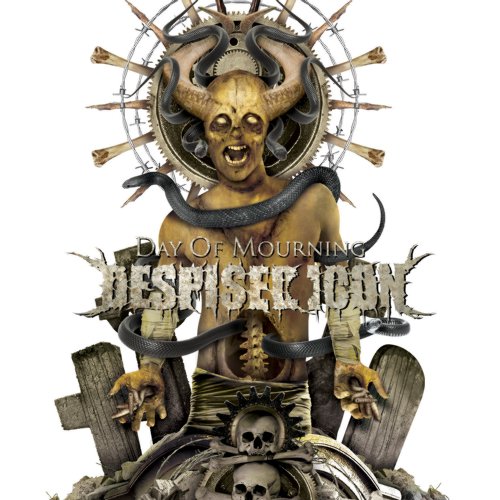 Despised Icon were so nasty and precise. It’ll be killer to briefly have them back for these four godless shows.

Sez the band,” There won’t be any other dates, so don’t miss out.”

Here are the details:

Canadian death metallers Despised Icon recently issued their final statement that the band would be splitting up after a short run of 6 tour dates across Canada. Check out Despised Icon’s very last show in Montreal.  The entire set was filmed by “Bande a Part”.  With over an hour of destruction in their hometown featuring appearances by past members and a couple of friends, these are the greatest hits.

Canadian Crushers Despised Icon are finishing up their final dates as a band.  Soon, one of Canada’s brightest stars will be no more and your last chance to partake in the madness that is a Despised Icon live show is around the corner.  Vocalist Alex Erian has issued the following statement about the upcoming final dates:

“It’s been a while already since we made THE announcement and I know some of you are probably saying ‘WTF, these guys still aren’t done yet?!’ Well, instead of canceling the tours we had in the works at the time, we figured it’d be a good opportunity to play in our favourite cities, tour in a few countries we had never visited before and rock out with you guys for the last time…