Search Results for "Bonded By Blood" 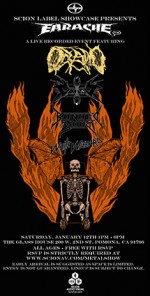 The men of Bonded By Blood have been getting ready to hit the road for their upcoming tour and they have just released a pre-tour video update in which they discuss singing lessons, cheap beer, and their latest album Aftermath.

Check out the full video and tour dates here. 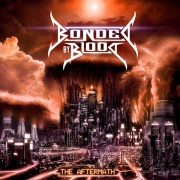 California thrash metalheads Bonded By Blood have released the first single from their upcoming album The Aftermath.  The song is called “Restless Mind” and you can listen to it by clicking here.

The Aftermath was recorded at Darth Mader Studios in LA, and will be the first Bonded By Blood album to feature vocalist Mauro Gonzalez and bassist Jessie Sanchez.  The album is set for a July 2-3, 2012 release, in Europe and the US respectively, via Earache Records.  To read more on the album and see artwork, a tracklist, etc. click here. 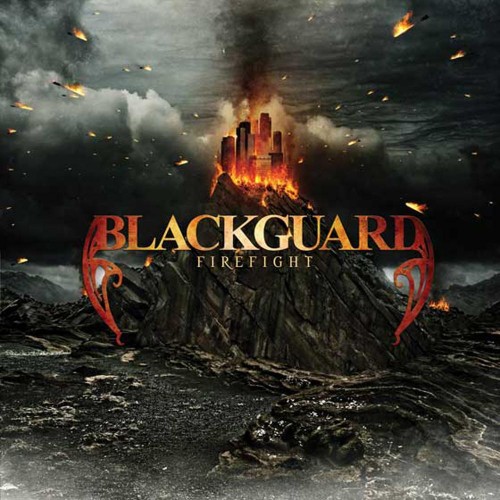 Dick feet! That pretty sums up how this interview went. Actually, it was more of an hour long conversation of randomness that often occurs when you get several people such as this sitting on some comfy ass futons waiting for the start of a metal show. It was a helluva a good time and a helluva show. Check out the highly edited interview here. 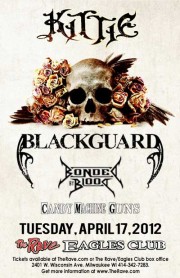 The evening started with an awkward handshake. It ended with a man hug. Potential friendships had begun to be forged that mid-spring night. I suppose I should start at the beginning.

Upon arriving at the historic Rave / Eagles Club just west of downtown Milwaukee, I made a quick phone call to a gentleman who some call “Ablaze”. Between the wrought iron bars surrounding a school ground, I watched as the frontman for Blackguard raised his hand up in the air and spun around in a circle. This was going to be an interesting night indeed.

Instead of having the usual casual interview that I typically strive for – as I am very sensitive to the fact that I may be interrupting some pre-show ritual – I ended up sitting around on a futon while having a very laid back and oftentimes “inappropriate” 90 minute conversation with various members of not only Blackguard but Bonded By Blood and Kittie as well. If the show itself was going to be anything like this pre-show “interview” (stay tuned), then it was going to be a very memorable night indeed.

To see if the show itself was as memorable, head on over here. 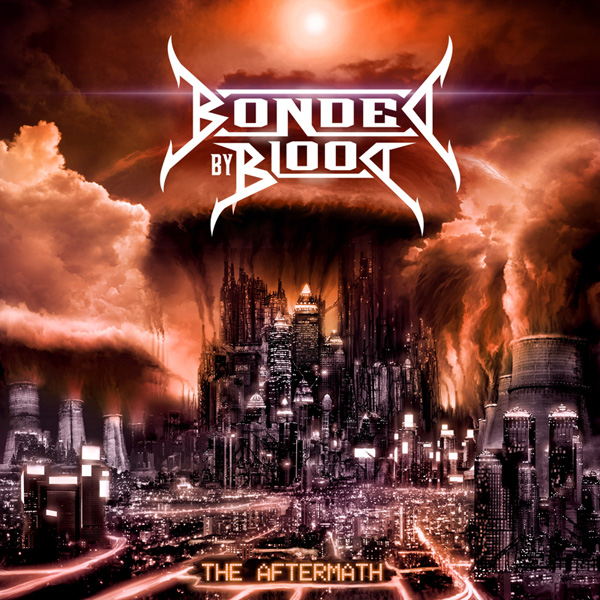 California thrashers Bonded by Blood have revealed the title of their upcoming new studio album as The Aftermath. You can check out the artwork, as well as tour dates in support of the album here.

The Aftermath was recorded at Darth Mader Studios in Los Angeles, and will be the first Bonded By Blood album to feature vocalist Mauro Gonzalez and bassist Jessie Sanchez.

Here’s what Bonded By Blood drummer Carlos Regalado had to say about the album title and artwork:

“We worked so hard on this album for a solid year and we accomplished what we were aiming for. We named our third album ‘The Aftermath’. It’s got a simple meaning behind it – the aftermath of all the shit we’ve been through in the past couple years – member changes, unexpected problems on the road, personal issues, a lot of obstacles that almost ended BBB. This is what we love, this band is everything to us, we weren’t going to let other people dictate and destroy our aspirations and dreams. The Aftermath cover art is just straight up badass, it shows what society is doing wrong and how things need to change, or mother earth will fuck you up.”

Bonded By Blood will also be doing a North American tour with Kittie, Blackguard, and The Agonist this spring.

The Aftermath is due to be released on July 2nd in Europe and July 3rd in North America via Earache Records.

California thrashers Bonded by Blood have recently finished recording their latest studio album, which will be their third on Earache Records and a follow up to their 2011 album Exiled to Earth. The band has also been documenting the making of the album, and has released a video of the final studio update, which you can watch here.

Here’s what Drummer Carlos Regaldo had to say about the album:

“It’s been a crazy and totally cool month for us. We have finally finished up recording album #3! We love the sound we got and the way the songs came out – it’s so aggressive and punchy. We poured everything we had into these songs (8 months!), and we can’t wait for everybody to hear it! Mauro did such an amazing job and it’s different from our previous records for sure, as is the music, but he really showed what he had and just totally blew us away. Our writing styles just keep evolving and we can’t even believe we are capable of creating such power. The writing and recording was a blast, Logan is cool as shit and it’s almost like he knew exactly what we wanted. We hope everybody enjoys this record as much as we do; we are gearing up for the road soon – see you in the pit!”

Bonded By Blood are also set for a North American tour with Kittie, Blackguard and The Agonist. You can check out the tour dates here.

California thrash metal band Bonded by Blood are currently in the studio putting the finishing touches on their upcoming album. The band has been documenting the recording process and have released a video update which you can watch here.

The as of yet untitled album will be their third on Earache Records and a follow up to their 2011 album Exiled to Earth.

The California based thrash band, Bonded by Blood, have released this video shot in their rehersal space prior to them going into the studio. The video shows the band working on new material as well as introducing their newest members, bass player Jessie Sanchez (2011) and vocalist Mauro Gonzales (2010).

They go on to discuss the band’s overall approach to the new album which will be produced by Logan Mader, formerly of Soulfly and Devildriver. The yet untitled album will be a follow up to there 2010 album Exiled to Earth and will be recorded in Los Angeles on Earache Records.

The video can be viewed here.

Pomona, CA thrash revivalists, Bonded By Blood, have announced that Brandon Gulling (Malus Rex, Avenger Of Blood) and Ben Bennet (Smog, Warbringer) will be filling in on the bands upcoming trek across the U.S. with Sepultura, for amicably departing members Alex Lee (guitar) and Jerry Garcia (bass) respectively.

Bonded By Blood released the following statement in connection with Lee and Garcia’s departure: “We first lost our original bass player, Ruben Dominguez back in 2009, then singer Jose Barrales left the band in 2010, but each was replaced with new members and the group marched on. Now, we regret to announce that Alex Lee (guitar) and Jerry Garcia (bass) are also stepping away from BBB. We will miss them just as much as we miss Ruben and Jose, and this band will not be the same without them, but the three of us that are left in Bonded By Blood hope that everyone who enjoys this band can understand that changes are inevitable. As much as we want to keep an ‘original line-up’, things happen that you just can’t control.”

Check out Bonded By Blood’s tour dates with Sepultura here.