RIP to Killjoy from Necrophagia 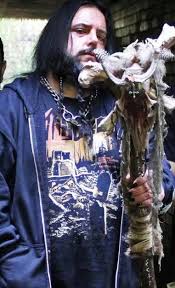 Necrophagia were one of the most old school death metal bands of note. In recent years they release WhiteWorm Cathedral and toured with Venom Inc., among other events of note. Anyone who has heard “Reborn through Black Mass” knows they went out with a powerful , crushing and very dark release.

The band formed in 1993 and was the main project for Killjoy, a benchmark act in the underground who used scary themes to concoct their dark death metal potions. 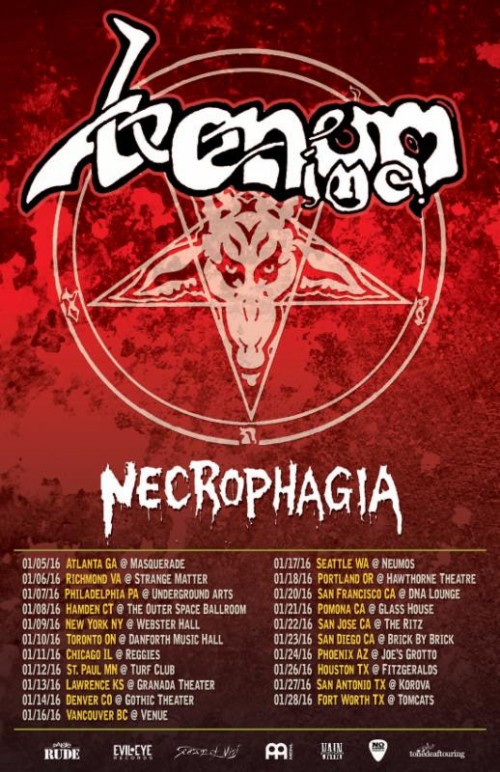 Gore legends and pioneers Necrophagia have released a trailer for a DVD that they plan to release sometime later this year.  It is being called Gospel Of Gore and being produced and directed by Toetag Inc.

According to a press release the DVD “combines the audio horror of Necrophagia and the visual assault Toetag brings forth.  The ‘Gospel’ is currently in the early stages of pre-production.”

Necrophagia are also currently working on their next release titled Whiteworm Cathedral.  It is scheduled for release Halloween 2012 and we’ve included a demo version of the newish song “March of the DeathCorps(e)” along with the DVD trailer which can both be found here.

Necrophagia’s last studio release was in May 2011 with the album Deathtrip 69 under Season of Mist. 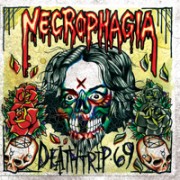 Ohio’s deathgore pioneers, Necrophagia, know how to sweeten a deal. May 16 sees the release of the bands first studio album in six years, “Deathtrip 69,” but as a sign of good/gore will, Necraphagia and their label Season of Mist have released the title track as a free download. Get your hands on it here.