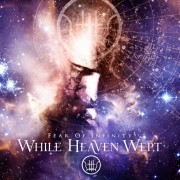 Pennsylvania-based traditional/doom metal warriors Argus‘ sophomore album, “Boldly Stride The Doomed”, is just over a week away, so metal ‘zine MetalReview.com is hosting a stream of the entire ten-song opus until its official for North American release on May 3, via Cruz Del Sur Records. Stop by and crank up the album stream right here.

In addition to the album stream, MetalReview is also hosting a contest in conjunction with Cruz Del Sur and Argus directly. Running from now until the May 3 North American release date, the “Name That Mascot and Tell Us What the Hell He’s Doing On Those Two Covers” contest focuses on the cover art for Argus’ new “Boldly Stride The Doomed” full-length, as well as their 2009 self-titled debut album, both crafted by artist Brad Moore. Check out the full details and enter the contest here.