Metal Will Turn You Gay: Response to Senses Fail/Attila beef 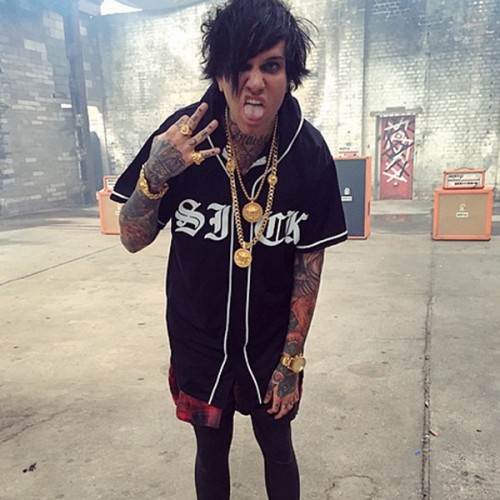 Let’s get one thing straight (no pun intended)…Freddie Mercury is the greatest frontman ever besides maybe, I dunno, GG Allin and H.R., haha. Do you guys remember when Marilyn Manson allegedly had a rib removed so he could give himself head? Yeah, that was a good one. Seriously, most people would kill to have even an iota of the power Freddie Mercury let loose on a regular basis, complete command of audience and material…a true rock God. Was it because he was homosexual? Haha, maybe…but that’s silly. The truth is that it was raw talent. Even his song from the first Highlander movie is like the most epic fuckin’ shit I ever heard in my life and puts most metalcore bands to shame. And remember the George Michael “Freedom” video where every babe in the world was in it?

I haven’t wanted to comment on the recent Attila/Senses Fail feud, because I just got a new Sonata Arctica promo of Ecliptica – Revisited (their early record recut by the current line-up) and it is pretty awesome and attention grabbing. Still, the cavalier use of the word “faggot” by Fronz of Attila and the beef it caused with respected emo/hard rock vets Senses Fail should be discussed, though Metal Injection’s Shayne Mathis did an awesome job in this feature.

Can we all agree that no one likes to be picked on?