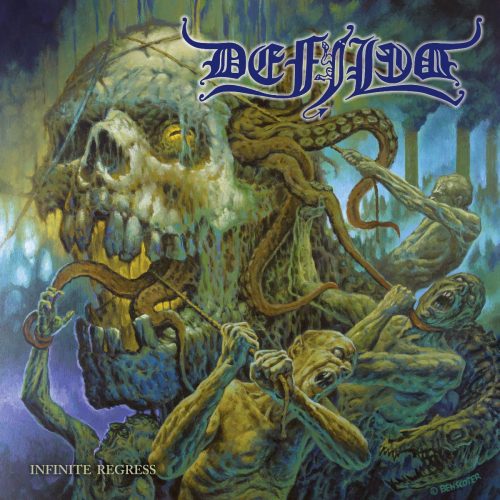 Hey gang. Feeling the cooling positivity of that day after blue wave feeling and sipping some black coffee. Finally checking out this Cro-Mags (Harley version) promo from the remnants of Victory and I have to say that I don’t really understand why anyone says it sucks. “From The Grave” with Phil from Motorhead is a ripping rad rager and the vocals do sound ferocious if not my favorite voice for the band. I am way more of a fan of the John and Mackie version and wish they could somehow just dead this shit in the name of PMA and form the tightest , ugly heavy and illest combo going but after the violence and all the hate I understand why it is two distinct camps. It is sad, but I am gonna try and keep an open heart and love both.

Been going through a lot of crazy shit the last month with a very crummy landlord situation and family stuff as well as the year winding down so haven’t had the gusto to do too much self-insertion into any posts, but I wanted to thank you all who continue to support the site and also in the scene and general world who believe in ourselves and one another. We can heal a lot and restore balance to the force or justice or progress as a scene or wider society if we can process our pains and biases and try to move things in a productive and healing direction while still having respect for oneself and boundaries. I have to believe for all the good and bad days we all have that a lot of us underneath it all are better people than not or at least want to be. Sending you all love and horns tonight. Don’t mind me, I finally finished reading The Elfstones of Shannara and the sacrifice of Amberle to bond  with the land as the next tree protector to shelter and cradle life through synergy has affected me and made me think about interconnectedness.

Anyway, on to some evil ass gnarly metal news- hahaha! 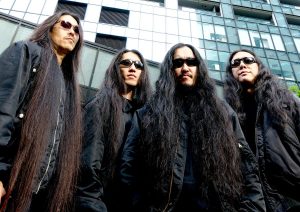 It has been a big Season Of Mist week around here so let’s not stop now! Defiled from Japan have a new album announced. This death metal group rip so fucking hard, it is truly a spectacle of unhinged wonder. The band will release their new studio album, Infinite Regress on January 24, 2020. The album art and track-list can be found below. Additionally, the band have revealed “Tragedy,” the first single from the effort. “Tragedy” can be heard below.

DEFILED comment: “The day has finally come! We are so incredibly proud to announce our new record, ‘Infinite Regress.’ The album will be out on 24th Jan 2020 via our home of Season of Mist. Please give a listen to our first official premiere song ‘Tragedy’ and we hope you guys enjoy it. Cheers!”

I don’t know about you but I think “Tragedy” fucking rules and love the brainy intro that devolves into fierce speed and then interesting slower deathy kinda tribal thud before back to a full fledged powerful attack. And some chunky ass lead parts amidst the growling chaos! This band is so cool and I really like their arrangements and clear dedication to not giving a shit about trends.

‘Infinite Regress’ can be pre-ordered in various formats HERE. 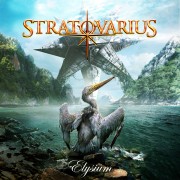 We missed the first few months of 2011 so we are now giving you the opportunity to let us know what the Album Covers of the Month should be. This week we’re going all the way back to January. For a look at what kick ass covers came out, head on over here.

And don’t forget to VOTE!