Search Results for "We Came As Romans"

Kyle Pavone, vocalist of We Came As Romans, passes away 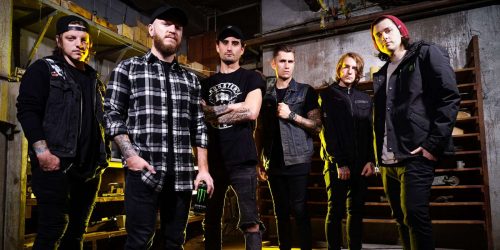 We Came As Romans announced earlier today on their Twitter that their vocalist, Kyle Pavone, has passed away.

“Today music lost another great with the passing of Kyle Pavone of We Came as Romans. Kyle’s tragic loss came too early in his life and those of his bandmates. All are devastated by his passing. We will miss his smiles, his sincerity, his concern for others, and his impressive musical talent. In lieu of flowers, we will be providing information regarding charity donations this coming week. The family and the band wish to thank their fans and the music community for all their love and support as they navigate their grief.

Will I Be Remembered or Will I Be Lost in Loving Eyes?”

Pavone provided vocals as well as keyboards, piano and synthesizer on five of the band’s albums.

The Plot In You announces US tour; ‘Dispose’ out Febuary 16 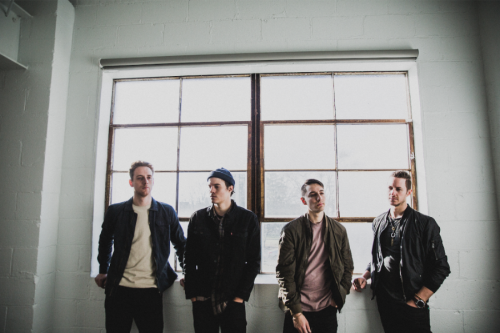 Ohio metallers The Plot In You are preparing to embark on a tour of the United States in support of their latest, forthcoming album Dispose, due out February 16 via Fearless Records.

The Plot In You will be touring as direct support for We Came As Romans. They will be joined by Oceans At Alaska, Currents, and Tempting Fate.

The tour will run 33 dates, kicking off on February 28 at Pittsburgh’s Rex Theater and ending on April 28 at Grand Rapids’ The Intersection.

“This album is our proudest release so far, it’s almost a complete restart on the band,” explains Tewers. “The music has continued to naturally evolve in the way that we have wanted it to for a long time and we have a completely new team helping to roll it out which has been refreshing.”

Check out tour dates as well as the music videos for “Feel Nothing” and “Not Just Breathing” here.

We Came As Romans streaming new album “Tracing Back Roots”

Michigan metalcore act We Came As Romans are now streaming their upcoming third full-length, “Tracing Back Roots” in its entirety. The album actually comes out July 23 via Nuclear Blast (EU) and Equal Vision (US).

To stream the whole album via some weird Pandora promotion thing that we can’t embed, go here: http://smarturl.it/WCARTracingBackRoots

Queens, New York metalcore band Emmure throw down on stage in their latest video, Drug Dealer Friend. As of late, Emmure have announced a new album due on April 10 from Johnny Drama’s Victory Records entitled Slave to the Game.

Emmure will also be playing this year’s Bamboozle Festival in Amesbury Park, New Jersey, along with a North American tour with We Came As Romans.

Michigan metalcore act, We Came As Romans, have released a music video for their song “Mis//Understanding” off their new album “Understanding What We’ve Grown To Be.” The video was shot in New York by director Travis Kopach.

The new album was released in September 2011 through Equal Vision Records.

US modern metalcore outfit We Came As Romans just announced their European co-headline tour for early 2012. The tour is in support of their recently released album, “Understanding What We’ve Grown To Be,” which was released September 13th, 2011 via Equal Vision Records.

We Came As Romans, a metal core band originating from Detroit, along with Equal Vision Records have announced the “I’m Alive” tour that is set to begin in fall. The tour will begin Sep. 13 in Pontiac, Michigan. The band is to be accompanied by Miss May I, Close To Home, Of Mice And Men, and Texas In July.The dates, along with the set list,  for the tour can been seen here.

This tour is to help support their upcoming album “Understanding What We’ve Grown To Be”which is set to release of Sep. 13.

The band’s latest album “To Plant a Seed” was released November 3rd, 2009.

We Came As Romans sign European deal with Nuclear Blast

Metalcore band We Came As Romans have inked a new deal with Nuclear Blast who will now be handling the band in all European territories.

“We’re beyond excited to start working with Nuclear Blast. We love touring in Europe and think that this will be the perfect step for us. We’ve toured in Europe twice now and can’t wait to return and visit all of the friends and fans we met on those tours. We are really looking forward to working together on the new album and future tours!” The band recently commented on the new deal.

“We’re stoked to be working with such an amazing and innovative band. We Came As Romans have already proved to be one of a kind in the US as well as in the European underground. Their new tunes will definitely break the band all over the world! Just listen to the first two tracks and you’ll know what I am talking about! This is HUGE! We’re looking forward to a fruitful cooperation and are sure fans will love WCAR’s newest offerings!” Markus Jakob from Nuclear Blast sounds equally excited to be working with the lads.

The sophomore release from the Detroit band, “Understanding What We’ve Grown To Be”, will be released September 13th via Equal Vision Records. For a preview of what’s in store on the next album, check out the title track here.