Italian extreme metal band Graveworm have uploaded a video for their upcoming Fragments of Death Tour. The tour is in support of their latest release, Fragments of Death, which was released in 2011 via Nuclear Blast.

You can view the video and tour dates here.

Stefano Fiori frontman commented on the tour: “I´m happy to announce that we will be on tour in autumn. It´s a great package with awesome support bands (Agathodaimon, Emergency Gate & KadavriK) and this will be our first tour in a long time. I´m sure we’ll have a blast! A big thank you to all of our fans worldwide! I wanna see you out there – let’s party before, during and of course after the show! Cheers and rock on!“

Graveworm has announced dates for their Fragments of Death Tour 2012. The tour will be in support of the band’s latest album Fragments of Death. On the road joining them will be special guest Agathodaimon, Hellsaw, and Kadavrik.

Straight from Italy, death metal band Graveworm are happy to welcome guitar player and founding member Stefan Unterpertinger back into the band after a 10 year hiatus.  Guitarist Thomas Orgler and keyboardist Sabine Mair recently left the band citing personal reasons so this seems like a pretty logical step. 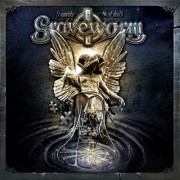 Italian death metallers, Graveworm, have released a music video for their song “See No Future” from their upcoming album “Fragments Of Death.” The video was shot in Venlo, Netherlands by Maurice Swinkels. To check out the music video click here.

Italian death metallers Graveworm have released their track list and cover for their upcoming album “Fragments Of Death.” To check them out click here.

Today Nuclear Blast is happy to announce the new album from Italian metal band Graveworm. Fragments of Death is their first album in 2 years, a follow-up to “Diabolical Figures” and is due out on October 14th.

“We are very exited about our new album. It was really hard work we have done but now we are happy with the result, and we cannot wait to play the songs live for our fans.”

Italian metal masters Graveworm will enter the “Dreamsound Studio” in Munich at the beginning of July to record the successor of 2009’s “Diabolical Figures”. Eleven tracks will be taped up, which are described as a “combination of Graveworm’s typical elements” by frontman Stefan Fiori. “The music got straighter and displays a perfect blend of our past four albums for me.”

Hardness meets melody – once again an individual mixture of Gothic Metal and Melodic Death Metal, the two main pillars of the South Tyrolean’s sound. The album will be entitled “Fragments Of Death” and will be released on the 14th of October via Nuclear Blast.

The title is explained by the vocalist in the following way: “‘Fragments Of Death’ stands for the ten musical pieces of a puzzle on the CD. The lyrics deal with different modes of death. There will be one song about the current incidents in Japan, for example.”