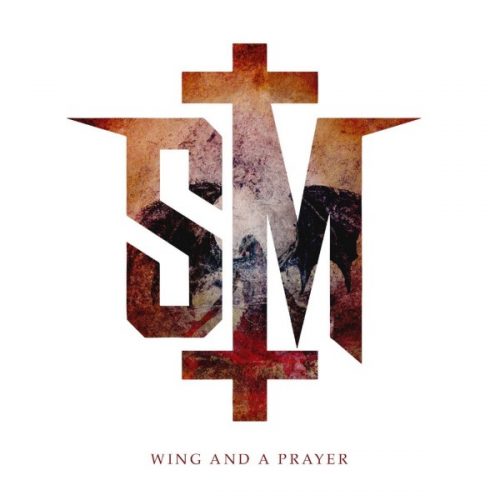 British heavy metal act, SAVAGE MESSIAH, have just released a video for their brand new single, “Wing And A Prayer”, which is taken off their upcoming album, Hands Of Fate!

Frontman David Silver comments: “This is a powerful snapshot of our upcoming album, loud and anthemic! With my favourite guitar solo yet. We’ve had this song in our set for the past few shows and have been really taken aback at how ‘instant’ the song has been, and how well fans have reacted to it, so we’re really excited to share this video for all of you.” 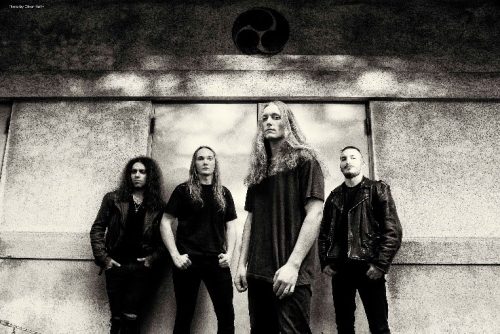 Metal Riot dutiful readers might remember the incredibly good Savage Messiah from an interview we did with them in 2014. The UK band will release a new album October 27th, 2017 as a late year entry into cool records this year, as if year end lists didn’t already have enough to contend with!! Ha, but all seriousness this band is killer and the good folks at Century Media were wise to scoop them up for their 4th album. The record is called Hands Of Fate.

I was supposed to see mighty black metallers Marduk tonight and my ride bailed at the last minute so I have been home stewing and drinking lemon tea all night, but this news makes me cheer up a bit. I love seeing hard working metal bands survive and grow. Metal is one of the coolest genres because fans are so real that it is possible with elbow grease and support to keep going if this music is your passion. Much respect to Savage Messiah!

Title track “Hands Of Fate” is also available as a digital single on all streaming and download platforms along with being offered as an Instant Grat track on iTunes and Amazon. Love the intro to this one. Reminds me of good Megadeth/Metallica for sure with def a little “Enter Sandman” vibe.
Get it here: http://smarturl.it/SavageMessiahHOF 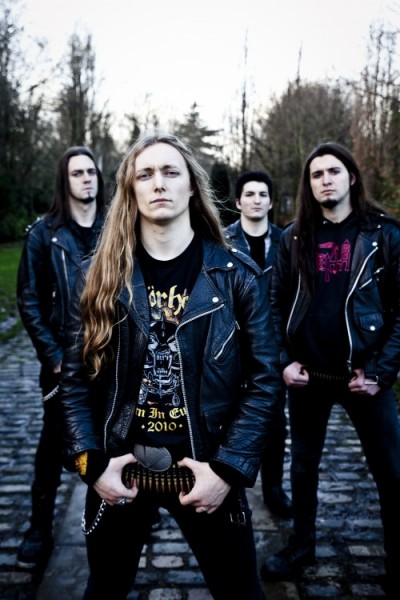 Savage Messiah‘s The Fateful Dark just may restore your faith in metal (if it was waning for some inexplicable reason). The all killer new album from the London based act is a maze of melodic metal vocals reminiscent of metal’s yesteryear married to the modern aggressive riffing we’ve come to savor in 2014. Metal Riot got an inside look at the album from vocalist/guitarist Dave Silver as well as talked about their new video “Hellblazer” with contortionist Pixie Le Knot (Game of Thrones season 3).

Savage Messiah has confirmed that they’ll be entering the studio on July 1 to begin recording a new album.

Front-man Dave Silver had this to say:

“We’re beyond excited to be fast approaching the day when we’ll head off back into Grindstone Studios, to work once more with Scott Atkins on what we can promise will be the most metal SAVAGE MESSIAH CD yet!

We’ve approached the writing process in a totally old school manner; just four guys in a rehearsal space getting a vibe going, playing heavy metal! Which has really allowed us to express the chemistry within the band and build on the musical foundation we laid with ‘Plague of Conscience’.

We’re pleased to be working with Scott Atkins for the third time, as he understands the band and has always delivered above and beyond for us and we’ve no doubt that he’ll get the best out of us once again.

In the meantime, look out for plenty of studio video updates which we’ll be posting over at our official YouTube channel (www.youtube.com/savagemessiahmetal). So stay tuned!”

As if the line up for the U.K.’s Bloodstock Festival couldn’t get any better….Savage Messiah has now been confirmed as one of the acts on the bill. The festival will be held at Catton Hall in Derbyshire and will run from August 9th until August 12th.

The band will be performing on the Sophie Lancaster stage on Friday, August 10th. Playing the same day will be Behemoth, Alice Cooper, Testament, Evile, and many other heavy hitters.

UK heavy metal act Savage Messiah, in an unbelievably cool move, have released a new app for the iPhone, iPad and iPod touch. The free app contains the bands entire new album Plague of Conscience and is a great way to keep up to date on the bands activities including tours, photos, news, videos, etc.

Plague of Conscience was released in Europe on Earache Records and iTunes but in the States you will have to wait til Feb 28th to get a copy or download the app.

“We’re pleased to release a brand new app for iPhone, iPad and iPod Touch devices!! We embrace technology in Savage Messiah, and I think it’s a great way for fans to be able to get updates on the band as well as listening to the album when they’re on the go. Download it now! And make sure to spread the word!!”

David Silver, frontman for British thrashers, Savage Messiah, discusses the meaning of their new album title “Plague Of Conscience” and also reviews all of the tracks on the album.

The band’s newest album “Plague Of Conscience” will be released February 6th, 2012 through Earache Records.

English thrashers, Savage Messiah, have released a new track entitled “The Accuser” from their upcoming album. This is the first preview from the album that is being recorded with producer Scott Atkins at Grindstone Studios in Suffolk, England.

The new album is expected to be released through Earache Records in early 2012.

British thrashers, Savage Messiah, have announced that they will support Evile on a tour in the U.K. The tour will last from October 13th through October 28th. To see the tour dates click here.

British thrashers Savage Messiah have begun recording their new album, which is due to be released on Earache Records later this year. The band are recording the as-yet untitled new album at Grindstone Studios in Suffolk, UK, and are once again working with producer Scott Atkins (Sylosis, Behemoth).

Savage Messiah vocalist and lead guitarist Dave Silver comments: “So here we are on a sunny day in Suffolk, ready to make our new album!  We’re working once more with Scott Atkins and we’re really stoked for getting stuck in and making a killer record!  Plenty of diversity on this one, so expect a crushing, real metal album!!!”

Catch a video and how to catch the live action of the band recording here.