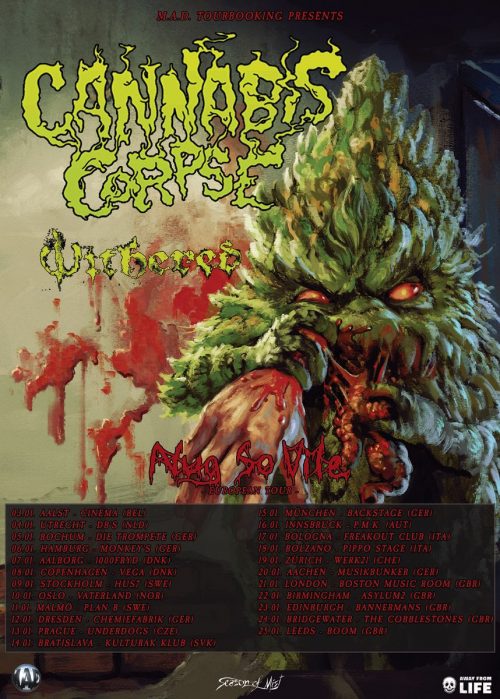 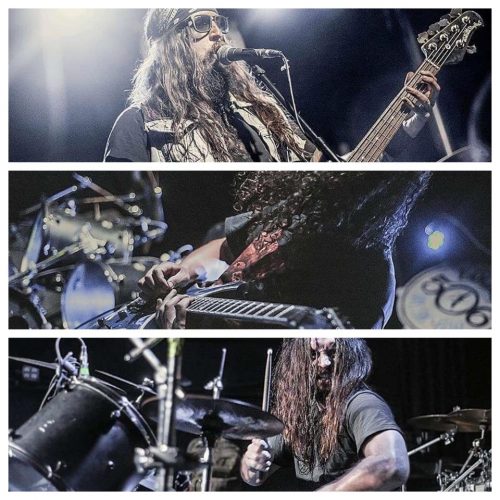 CANNABIS CORPSE continue to seed many realms with their poisonous power point program on potent pot death metal. Left Hand Pass remains the best gag title for a metal weed album basically ever and, yeah, all is good across the land. Well, that’s not true. The world is a mess. Thankfully we have some monstrous riffs and smoldering infernos to inhale. The band have some big news on the horizon but first catch them on this short little run starting tonight in 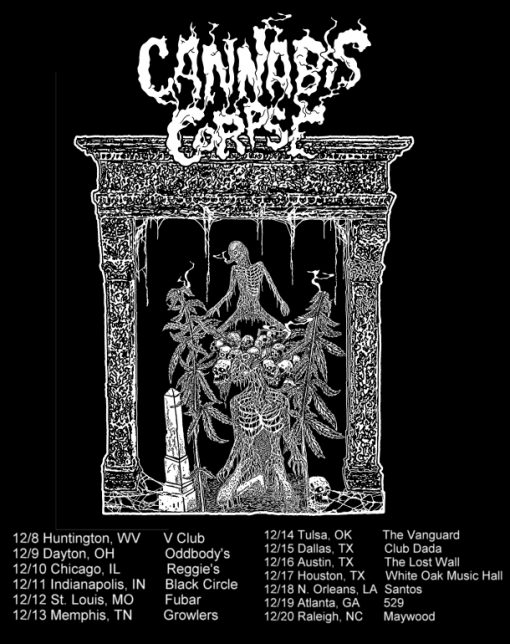 CANNABIS CORPSE have announced a December tour. The band are still supporting the monstrous green death machine Left Hand Pass. The tour kicks off on December 8 in West Virginia, and continues throughout the month. This band rules so hard.

CANNABIS CORPSE have released a special video announcing the tour, which can be found below: 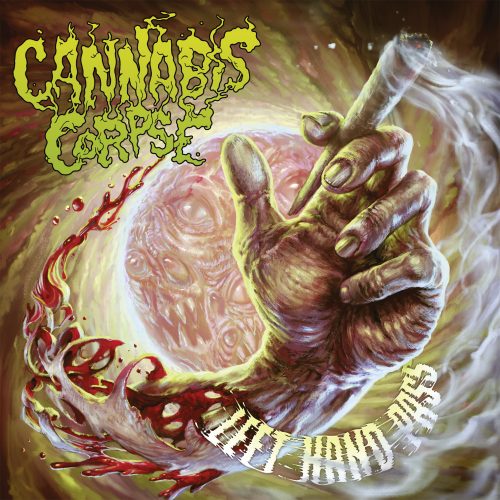 ‘Left Hand Pass’ will be released worldwide on September 8. Pre-orders for the album are available now at the Season of Mist E-Shop.

The track list and artwork for ‘Left Hand Pass’, painted by Pär Olofsson (IMMORTAL, EXODUS, ABYSMAL DAWN, SPAWN OF POSSESSION and more) can be found below:

Cannabis Corpse’s “In Dank Purity” will mess your ass up 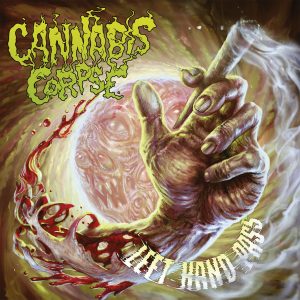 Cannabis Corpse are streaming a new jammer from arguably the best named evil weed album in years, Left Hand Pass. The track, an overdose of weed-infused, brutal US death metal titled “In Dank Purity”, is streaming now at Revolver Magazine.

Left Hand Pass will be released worldwide on September 8. Pre-orders for the album are available now at the Season of Mist E-Shop.

The artwork for Left Hand Pass was painted by Pär Olofsson (IMMORTAL, EXODUS, ABYSMAL DAWN, SPAWN OF POSSESSION and more). 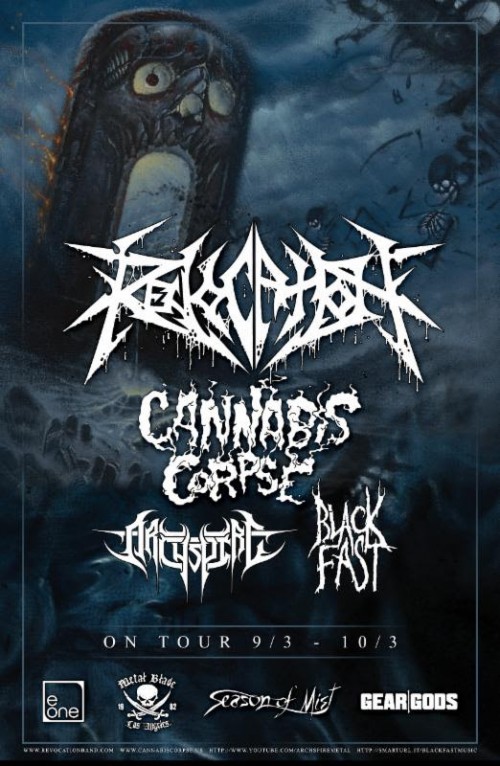 Revocation are touring in support of their latest album Deathless. 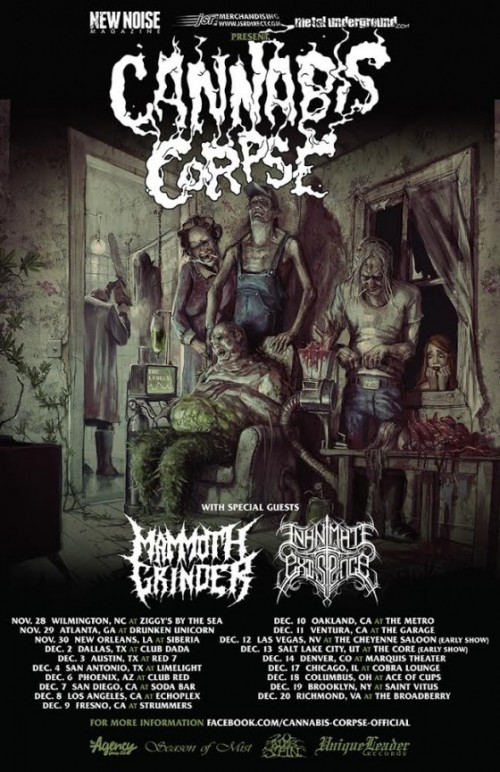 Sick tour alert for you rabble rousers and couch slouches (to reference D.R.I.). Inanimate Existence from Santa Cruz are hitting the road with a band known for hitting the bong, the green thumbed semi-peaceful warriors of Cannabis Corpse. Major ear violators Mammoth Grinder, one of the more intense acts today, are also on the package. This is a powerful bill of rising bands with a respected sound and work ethic, so don’t miss out. Some great venues like Echoplex, Siberia and Saint Vitus bar on the routing as well. My comrades at New Noise Magazine are one of the sponsors and only put their name on killer tours.

Dates below and music for “Omen” from Tibetan folk inspired death metal meditation A Never Ending Cycle Of Atonement if you click HERE. 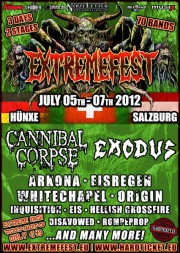 Florida death metallers, Cannibal Corpse and California thrashers, Exodus, have been confirmed to play and headline the Extreme Fest in Europe. The festival is three days long in three different countries. Other bands that will be there include Arkona, Eisregen, Whitechapel, Origin, Hellish Crossfire, Eis, Inquisition, Rompeprop, and many more.