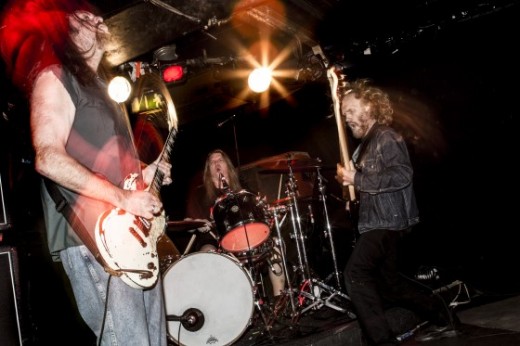 As many of you know, original Kyuss guitarist Josh Homme file a federal lawsuit against original members John Garcia and Brant Bjork of the second incarnation of the band, “Kyuss Lives!”,  for alleged trademark infringement and consumer fraud.

“With open arms, we made every attempt to help them continue Kyuss Lives respectfully. Only to discover while they looked us in the eye, Kyuss Lives! management and band had filed federal documents in 2011 in an attempt to steal the name Kyuss.”

Well, Garcia and Bjork have responded to the lawsuit with the following statement:

“We are both shocked and saddened that our friend and one time band mate has chosen to file a lawsuit against us, especially after having positive discussions since our reformation.

“We look forward to resolving this private matter behind closed doors and moving forward with work on our new album and connecting with our amazing, loyal fans.”

Truth be told I am a little torn on this. As a long time Kyuss fan Homme has stated many times in the past that he has/had no intention of reuniting with Kyuss and that he felt that to do so would almost be disrespectful. It also seems that initially he offered his blessing when Kyuss Lives! formed. All this leads me to believe the whole thing is about money and hopefully it can be sorted out before it drags both bands names through the mud. 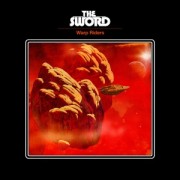 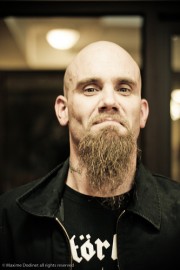 From the LA Times comes this sad tale of Kyuss bassist Nick Oliveri:

“Oliveri was arrested July 12 after a fight with his ex-girlfriend escalated into a four-hour standoff with police. The 39-year-old bassist had locked himself and his ex-girlfriend inside his apartment when she was collecting her belongings to move out after he allegedly hit her, according to law officers. A SWAT team was called, and two hours later, Oliveri allowed his ex-girlfriend to leave, officers said.After another two hours, Oliveri surrendered to authorities. According to police, after officers searched his home, they found a full-loaded rifle along with cocaine and methamphetamines.

Oliveri was set to kick off the much-anticipated “Kyuss Lives!” tour, which has strangely just added a second leg. It is not clear if Oliveri will tour with the band or not.