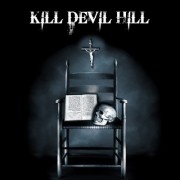 L.A. hard rock super group Kill Devil Hill have released a music video for the song “Strange”.  The song is taken from their self-titled debut album which is out today on SPV/Steamhammer.

California rockers, Kill Devil Hill, have released a new track off their upcoming self-titled debut album called “Revenge.” This is the second track to be released. Guitarist Mark Zavon explains the story behind the song:

“‘Revenge’ was originally called ‘Queen Anne’s Revenge’, which was the name of Blackbeard’s flagship that he took in battle from the French Navy and subsequently sailed against them to great effect. After reading that story years ago, I always thought that the name of the ship seemed like a great metaphor for revenge, and started working on the idea. As we started refining the final arrangement it made more sense to change it to ‘Revenge’.”

The self-titled album will be released May 22nd through SPV/Steamhammer.

California rockers Kill Devil Hill and Mike Portnoy’s new project Adrenaline Mob are heading out on the road together this coming May.

The run, which will be comprised of current and former members of Black Sabbath, Pantera, Dream Theater, Symphony X and Disturbed, kicks off on May 10th in Cleveland and will make stops in Dallas, Chicago and Orlando before wrapping up in Charlotte, NC on May 22. Click here for tour dates.

Kill Devil Hill is comprised of famed bassist Rex Brown, (Pantera, Down) drum monster Vinny Appice (former drummer with Black Sabbath, Dio and Heaven And Hell), guitar virtuoso Mark Zavon and vocalist Dewey Bragg and are gearing up to release their self-titled debut album on May 22nd via SPV/Steamhammer.

Adrenaline Mob will be touring in support of their Elm City Records debut Omertá.

California rockers, Kill Devil Hill, have released the album art and track list for their upcoming album “Kill Devil Hill.” The new album will have eleven tracks and will  be available in three different formats: CD, LP, and digital download.

The self-titled album will be released March 27th through SPV/Steamhammer.

California rockers, Kill Devil Hill, have released a new song entitled “Time And Time Again” from their upcoming album “Kill Devil Hill.” This will be the band’s debut album.

The band’s debut album will be released in late March 2012.