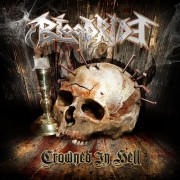 Well I’ll be damned…Finland’s Bloodride have finally unleashed their debut album, “Crowned In Hell”, and it’s quite a nice little package of fist-banging thrash metal. I say finally, because Bloodride have been loitering around the scene now for a good ten years. Founded by guitarist, Niko Karppinen, and drummer, Petteri Lammassaari, in 2000 and quickly rounded out by Teemu Vahakangas (guitar), Esa Pennala(bass), and Jyrki Leskinen (vocals); the band has managed to release two demos, an EP, and one 3 song “single” prior to this debut album, though it is with “Crowned In Hell” that the band makes it’s thrash metal statement to the world. The real question is, “should the world care”?

Find out the answer here. 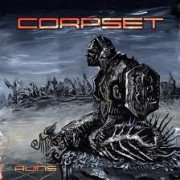 Finnish death metal band Corpset released a new video of “Into The Light.” The song comes off their debut album “Ruins” set for release on May 27th, via Violent Journey Records.

The CD was recorded at various facilities, from professional studios to a horse ranch in the Finnish countryside, and it was mixed and mastered at the Coal Hole studio.

You can view the video and the track list here, and the artwork can be seen to the left.