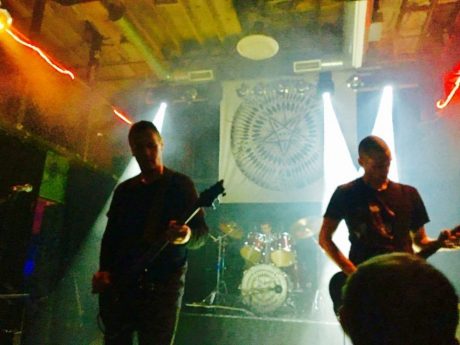 Today Is The Day

I love how metal fans are so single minded that you can type the word “metallic” and we will ALL think of Metallica first before the actual meaning of the word, hahaha. How are ya out there today, riff ragers? I have decided to stop putting off fixing a shelf in my apartment but discovered I need a new hand drill so here I am blogging about metal instead of running to the hardware store. How’s that for dedication?

Here are some news items to get us deeper into July’s dark and hot embrace.

TODAY IS THE DAY has announced a run of US tour dates for August, with shows leading up to and following their performance at Psycho Las Vegas festival. 2017 saw TODAY IS THE DAY celebrating the twentieth anniversary of their seminal Temple Of The Morning Star LP with a reissue of the album an an extensive tour.

TITD really changed things for me as far as helping me merge in my mind the love of Am Rep style weirdness and skronk with savage extreme metal and the more brutal extreme hardcore. This band is such a gift to real fans and always also have the ability to weird out your cupcake metal fan who thinks (all due respect) that things don’t get much heavier or more emotionally barren than, say, Megadeth or some shit. Steve Austin will always reign in psychic pain and any band he puts together always slays and displays riffs, skulls and the dying modern world’s relatively fresh corpse in the sun halitosis reek of hypocrisy. 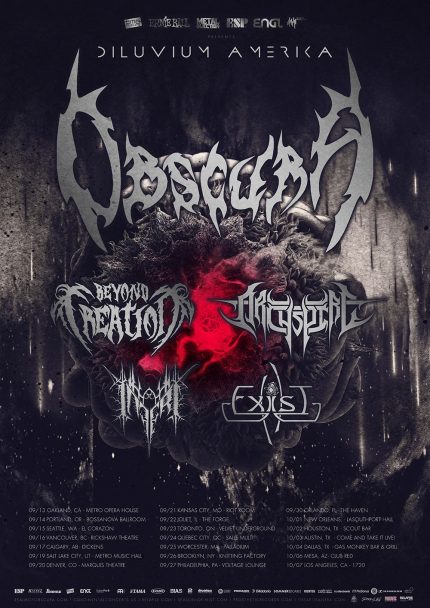 BEYOND CREATION have announced an extensive North American tour beginning this Fall. The “Diluvium North American Tour” kicks off on September 13 in Oakland, and sees BEYOND CREATION joining forces with OBSCURA, ARCHSPIRE, and more. A full list of confirmed tour dates can be found below. The absurdity of how awesome this tour is…I just…it’s off the fucking charts! So metal!!!

BEYOND CREATION are touring in support of their critically acclaimed second record, Earthborn Evolution. Earthborn Evolution, which has been described as “The best death metal album so far this year, one that will surely propel them to the upper echelon of progressive and technical death metal.” (New Noise Magazine), is streaming at the band’s official Bandcamp page. 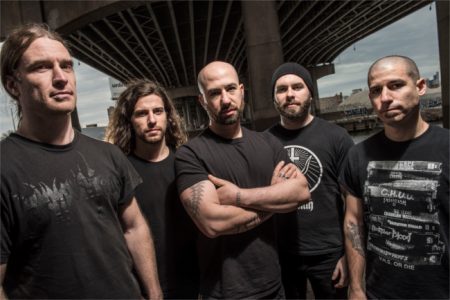 ARCHSPIRE will be touring in support of their forthcoming new album, ‘Relentless Mutation’. The recently released a new track titled “Remote Tumour Seeker”. The track, another insane dose of masterful death metal musicianship, is streaming now at Lambgoat.

‘Relentless Mutation’ will see a worldwide release on September 22. The album was recorded and engineered by Dave Otero at Flatline Studios (CATTLE DECAPITATION, CEPHALIC CARNAGE, ALLEGAEON, NIGHTBRINGER) and features artwork from Eliran Kantor (HATEBREED, SOULFLY, HATE ETERNAL, and more). Pre-orders for ‘Relentless Mutation’ are available at the Season of Mist E-Shop.