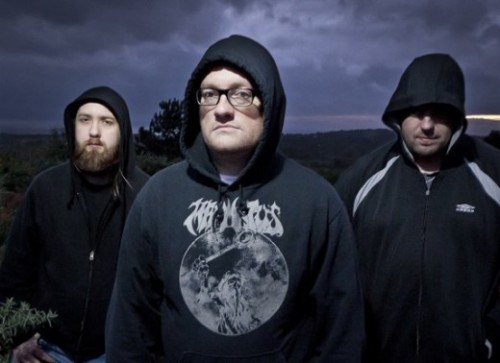 UK power doom standouts Conan are a band with a sound to match their name, a solid wall of battle field leveling fuzz so think it renders all adjectives quaint. I feel like I finally discovered a band heavier than Crowbar. I recommend you immediately search Bandcamp for these guys and hoist a skull crusher to your lips (even though it is Scottish ale, not British…but the beer name makes it apropos). Turn up HORSEBACK BATTLE HAMMER and listen to the soaring, chilling vocal cries atop the gargantuan width of “Sea Lord” and have your Conan cherry popped like mine was. You will get the bends when you try and recover from the dismal depths of this song.

Conan have been busy in recent times, releasing a live Roadburn document called MOUNT WRATH as well as dropping what many consider their best work yet, the face bludgeoning fast track to a hearing aid long player MONNOS. I have wanted to interview this band ever since I heard them and now seemed like as great a time as any, so I was thrilled when they responded to my inquiry. MONNOS was my soundtrack whilst recently reading Guy Gavriel Kay’s 2004 novel The Last Light Of The Sun and it was a great pairing to the grim tests of mortality and hope for redemption that are the themes of that recent fantasy masterpiece. Conan really create an overpowering mood, and also I might add that the band are always making quality merch (up there in my book with All Pigs Must Die working with Florian, Circle Takes The Square, Kongh and other bands who really work to put out a great product).

I resisted the urge to ask Jon Davis of Conan if he prefers crushing enemies or the lamentations of women, but we did talk about what albums we’d love to have seen get made, the growth of Conan as a band and what it was like recording at Foel Studios in Wales. Click HERE for the interview and wear a fucking helmet! 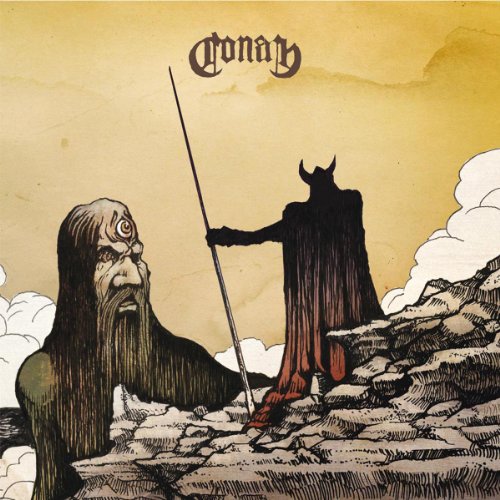 July was of course another great month with tons of great albums with some sweet covers. Here’s your opportunity to show us why the heavy metal culture is the greatest culture there is. Check out July’s winners and nominees for this Ultimate Cover Art Showdown and get to voting!