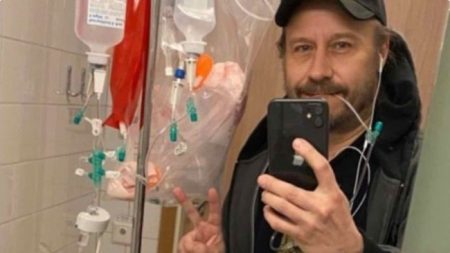 A GoFundMe has been set up for singer LG Petrov of Swedish death metal’s notorious Entombed AD.

The band said: “Sad news.. LG Petrov has been struck by cancer and he is undergoing chemo treatment to try and control it. Our thoughts and strength goes out to our brother. If you want to support him In these hard times, click the link in the Bio and feel free to donate. #fuckcancer #fightforlifeandmetal”

LG has lived for metal to the hilt and we all are rooting for him during this challenge.

Sad news.. LG Petrov has been struck by cancer and he is undergoing chemo treatment to try and control it. Our thoughts and and strength goes out to our brother 🖤 If you want to support him In these hard times, click on the link in the Bio and feel free to donate. #fuckcancer #fightforlifeandmetal 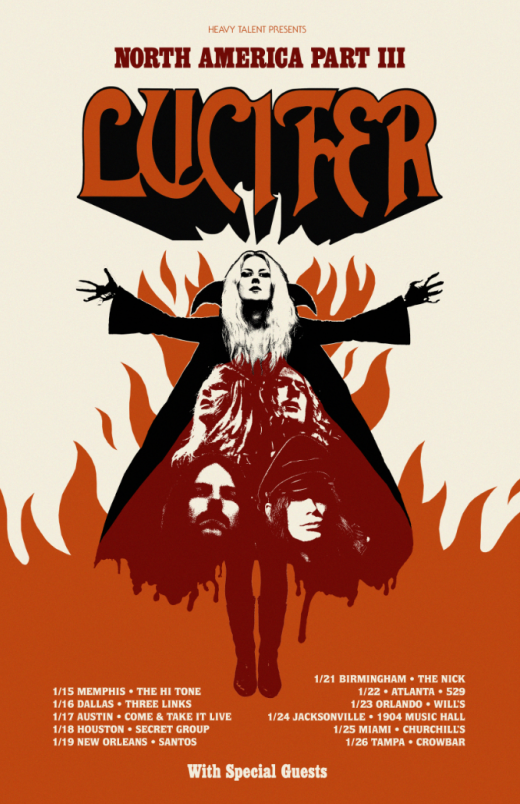 Heavy-rock band LUCIFER have just announced their third and final leg of their North American headline tour today. The band will hit the road starting on January 15th in Memphis, TN and ending on January 26th in Tampa, FL. For more information and to purchase tickets for the band’s upcoming tour dates, visit LUCIFER’s Facebook page HERE.

LUCIFER has been touring nonstop in support of their recent full-length album Lucifer II. The band recently wrapped a tour with The Hellacopters for select European shows in May and their first two North American headline tours. Additionally, the band has performed at festivals like Metal Days, Bukta Festival, and Beyond The Gates. They have previously performed at KISS Cruise, Psycho Las Vegas, Desertfest, Hellfest, Muskelrock, Sweden Rock, and Freak Valley.

The group, led by Johanna Sadonis and Nicke Andersson, celebrated massive success in 2018 with the release of Lucifer II, turning heads with their addictive Sabbath-ian hard rock. The album charted at #40 on the German charts, #1 on the Swedish vinyl and hard rock charts, and #2 on the physical album charts. The record is available on vinyl, CD and digitally HERE.

LUCIFER have commenced work on Lucifer III, which is set for release March 2020. Stay tuned for more details on the forthcoming release.

Entombed to release ‘Clandestine – Live’ in May 2019

ENTOMBED featuring original members Nicke Andersson, Uffe Cederlund and Alex Hellid invite you to hear the unique experience of the band performing their second album Clandestine in full live for the first time ever for the album’s 25th Anniversary.

Threeman Recordings presents Act 2: The Entombed performance – A concert in two acts based entirely on the Swedish band’s acclaimed album Clandestine from 1991. It is a unique concert where the pioneering album is played from beginning to end. From the opening track “Living Dead” to closer “Through The Collonades “.

In the first act, the Malmö Symphony Orchestra and Choir performs Clandestine, arranged for orchestra by Thomas Von Wachenfeldt (Wachenfeldt), with the original members from Entombed sitting in as part of the ensemble. In the second act, the band performs the entire album live in the original version for the very first time.

Alex Hellid comments:
“It is amazing to experience the musical journey with an orchestra and we really enjoyed the experience”

Conductor Josef Rhedin adds:
“Allowing Entombed’s suggestive music to meet Symphony Orchestra and Choir is a very creative and exciting concept. Composer Thomas Von Wachenfeldt’s arrangement contains challenges for both orchestral musicians and for me as a conductor, as the starting point has been to interpret the “Clandestine” in a classical, symphonic format, rather than plank the music outright” 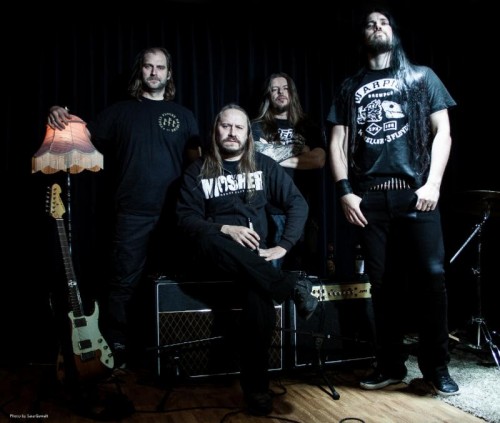 “Midas In Reverse” comes off of Entombed A.D.’s forthcoming album Dead Dawn which will be released on February 26.

For the very first time, the Entombed “Monkey Puss – Live In London” show from the London Astoria in 1992 as a part of the Gods Of Grind tour will be released on vinyl. The vinyl will be available on traditional black or a limited edition clear/blue splatter vinyl, including just 100 copies that will be printed on a black and white vinyl sleeve.

Swedish death metal act Entombed have announced the dates for European tour dates through July. Click here to see where they’ll be. Although the dates are spread out over the course of 6-7 months, the dates will cover most ‘major spots.’