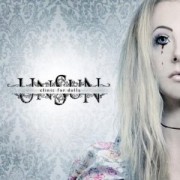 Poland’s Unsun led by ex-Vader guitar player Maurycy “Mauser” Stefanowicz has premiered the first video from their new album “Clinic For Dolls.”    “Clinic For Dolls,” the band’s second album will be released via Mystic Production/Indie Distribution  in Europe and via Armoury/Eagle Rock in North America on October 11th.  The Japanese version has been available since September 20th via Avalon/Marque.

The video was directed by Mania Studio. Video shooting took place in 3 towns: Terespol – with the old Orient Express train from 1883, Wolsztyn – in Standard Gauge Railway Museum, and in Łodz.