Bastard Grave are preparing to release ‘Diorama Of Human Suffering’ 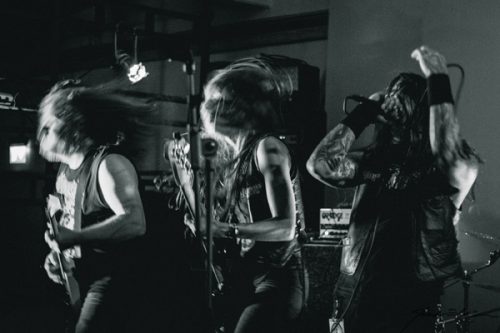 The album, which will be the band’s sophomore effort, is due out on August 16.

Check out the title track, the track listing and the album art here.

Vanhelgd stream new song “Where All Flesh Is Soil” 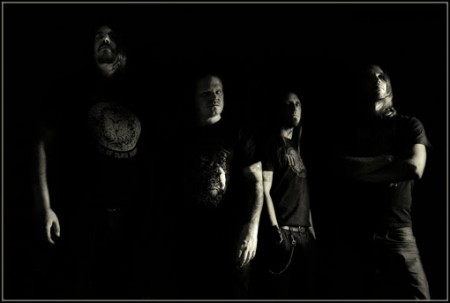 Swedish death metallers Vanhelgd are streaming their new song “Where All Flesh Is Soil” from their forthcoming monstrosity Relics of Sulphur Salvation.

Relics of Sulphur Salvation will drop on May 26 around the world (Pulverised) and on May 27 in North America (20 Buck Spin).

Check out the video for “Where All Flesh Is Soil” as well as the Relics of Sulphur Salvation track list here. 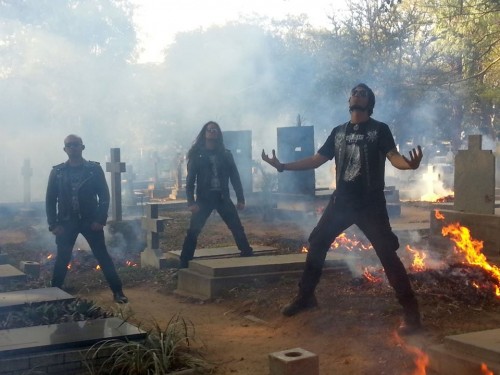 Impiety posted this shot on their Facebook and it is extremely metal. That is all.

Denial is currently working on two tracks for a 7″ EP.

Check out comments about the signing from the band and the label here. 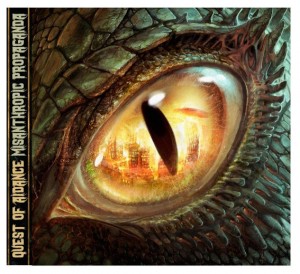 Swedish deathgrinders Quest of Aidance decided to drop a bunch of information about their new album today, entitled Misanthropic Propaganda. The release date is still TBA, but we know it’ll be out via Pulverised Records. The album artwork was done by Pär Olofsson (known for work for bands like Immolation and Malevolent Creation).

You can check out the full tracklisting and the music video for new album track “Aryx” here. 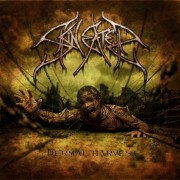 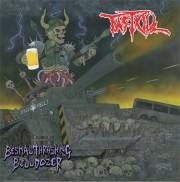 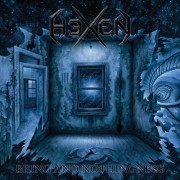 Los Angeles progressive thrash band HeXen have released a single from their upcoming July 17, 2012 Pulverised Records release.  The song is called “Stream of Unconsciousness” and will be found on the album Being And Nothingness.  Every aspect of this album haw handled by producer Rich Bruce of Vivid Tone Recording Studio in Springfield, Missouri.

To check out “Stream of Unconsciousness” for yourself click here.

This will be HeXen’s second full length release and the follow up to State of Insurgency.  The band recently commented on the album:

Swedish death metallers, Bombs Of Hades, has released the cover art and track list for their upcoming album “The Serpent’s Redemption.” The cover art was done by the Polish artist Rafal Kruszyk and the album will feature eight new tracks.

The new album is expected to be released later in 2012 through Pulverised Records. 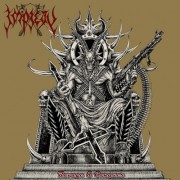 Singapore’s own blackened death warbeast Impiety have announced the release of their 8th studio album called Ravage & Conquer.  It will be released April 2, 2012 in Europe and May 8, 2012 in the states on Pulverised Records.

You can see a statement from Pulverised records along with the track list and larger artwork here.

Extreme Metal label, Pulverised Records has announced the signing of Japan’s Fastkill.  Fastkill, already having five releases under their belts, are no strangers to the metal scene.  Pulverised will be distributing the bands latest album, Bestial Thrashing Bulldozer in North America and Europe.

Pulverised had the following to say: “Having known Fastkill for years but never had the opportunity to work with them, we are especially overwhelmed to finally be able to release their latest musical violence Bestial Thrashing Bulldozer in almost five years since the Nuclear Thashing Attack album. We always felt that this form of no-frills and breakneck speed Thrash Metal are one of Fastkill’s traits and now with this latest opus from the band, this is the perfect time to show the world how real Thrash Metal should be done – the Fastkill way!”

Fastkill drummer Kazu replied, “We’re really glad to team up with Pulverised Records since we have respected their professional work with bands like Whiplash, Master, etc. We are quite confident that their special team will lead us to the next level. As for the new album, we have pushed further ahead what we have produced so far. In this album, you will hear the sound of furiously speed-oriented raging Thrash Metal.”

After 2010’s The Human Machine, Master has been in high demand to put out another album and today the band has announced The New Elite as their follow-up. Featuring “11 tracks of unambiguous death metal in its wretched form, in perfect coalition with the offensive Paul Speckmann-spewed lyrical shitstorm,” the album brings many political issues to light when Pulverised Records releases it later this year.

Commented mainman Paul Speckmann: “The rich are getting richer and the poor are starving on the streets all around the world while men battle each other for world dominance! Governments are grabbing the world by the balls and dictating the new rules of the soon-to-be New Elite, while the youth of today just sit down and take it. I really wonder if and when the youth of today will take a stand against these crazy fucked-up ruthless world leaders.”

Pulverised Records has announced the addition of Greek black metallers Enshadowed to their steel stable.

Commented guitarist N.e.c.r.o: “This is the right step for us! Magic Chaos Psychedelia is the most important album for the band yet. It’s an honor for Enshadowed to join Pulverised Records.”

“This album is a very personal for us. Fotis Benardo of Septicflesh was behind the sound engineering. We spent many hours creating the best sound quality for the recording and mix. Now Pulverised Records is ready to spread our sick spiritual creations. Give yourself the chance to taste the blood of chaos and a magical psy-trip…”

Click here for the track listing and some samples of the new album!

Experimental black metal heads Enshadowed have completed the fine tunings of a deal with Pulverised Records. The label will be releasing Enshadowed’s third release Magic Chaos Psychedelia later on this year.

The band has described the album as, “the ultimate combination of orthodox black metal with experimental grotesquery parts. Chaos, ritualism, paranoia — the formulas of how it can be harmonized with the chaos and the utter,” according to a press release.

Click here for more comments from the guitarist and a track listing off the new album.