A Storm of Light Announce Tour Dates with Tombs 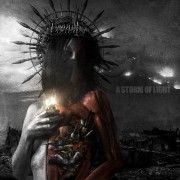 New York trio A Storm of Light are gonna hit the road with our friends in Tombs for a string of dates following the impending release of their crushing new album “As The Valley Of Death Becomes Us, Our Silver Memories Fade” to be released officially on May 17th from Profound Lore Records. These dates also surround the release of the new Tombs album, which is surely gonna slay as well which lands on June 7th via Relapse Records.