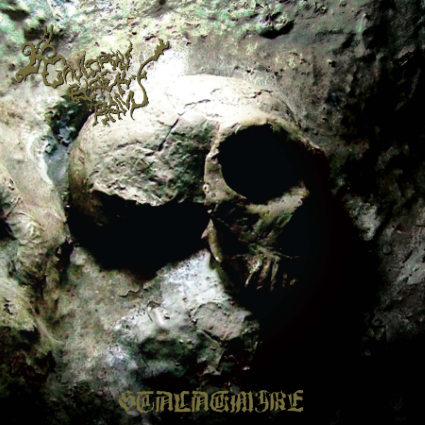 The instrumental “Cavern Fever” is maybe the best track, no offense to the vocals…but it’s such a fithy and angry marriage of brutality and faster parts that is nothing but onslaught and carnage plus a sick guitar solo that seizes command like a mutiny. Close second or actually the probable real winner is epic blackened closer “Speliogenesis”, 4:22 of inspired perfection, slow , memorable and overwhelming. Other great parts of this cursed voyage include the chained trudge of “From Whence The Old Skull Came”, one of the heaviest songs in recent memory that evokes the crushing deep better than anything towards the end of The Ocean’s recent Pelagial (a record I loved but which I never felt got as heavy by the end as the concept of each track descending further into the depths of the ocean required). The vocals on “…Old Skull” call to mind a ghost pirate version of Al fCisneros rom Om/Shrinebuilder/Sleep reflecting on his sorry lot with droning spoken/sung resignation.

Opener “Fork Through Pitch” discusses disembowling with convincing ease.”Discarded Death” is a raving mad surge of violence and gurgling blood, while thrashiest number “Bats” has some of the best headbang for your buck-aneer on the record. This is an interesting release for 20 Buck Spin and a lot of fun. Really, I just wish the production was a bit bigger. The tracks are metal as fuck and this record certainly rules. I’m just imagining how hard it would crush with a little more money sunk into it. I mean, if you like things that sound more old school you will cry “arrr, matey” all over this and spill rum moshing and ravaging peasantfolk. It is very much worth purchasing. I just think a bit thicker guitar would make it collosal. I’m not saying it has to be so clean sounding it goes into Children of Bodom or Dimmu territory where people shit on it (rather unfairly), just sayin.

That said, I have listened to this plank walker 4 times today and while my pirate shitty metaphors have run their course, the album is still giving me thrills. And there is a dancier song called “The Devil’s Trotters”. What more do you need, bilge rats? 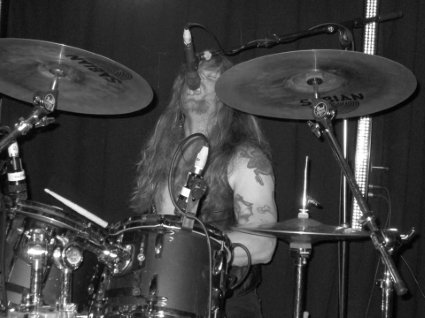