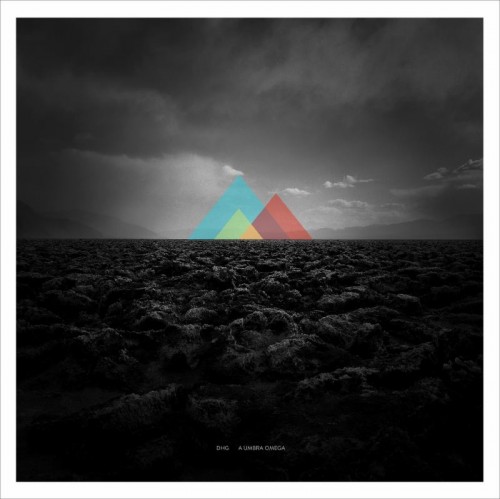 DHG/Dødheimsgard‘s A Umbra Omega is a must hear experimental mind fuck that beckons with pure freedom to establish new high water marks for extreme music. Much like (I’ll get shit for writing this) the “critics be damned” attitude displayed by Liturgy on transcendental collage  The Ark Work, DHG don’t let genre constraints shackle them but do care about form , and have a lot more old school cred vs art school smarts, if that makes a difference to you. Regardless, it’s the unshackling of spirit here amidst tectonic time signature shifts, howled madman vocals from returning original co-founding member Aldrahn. Piano and saxaphone burst and funeral bloom out of the shadows of blackened, despair filled  avant garde structure. The umbra is certainly breached and the record looms like the Tower card in the tarot, foreboding change via a perhaps painful but perhaps needed rebirth.

There is no stagnation here.

This is a hard record to review. It is really an experience and the bulk of tracks except for opener “The Love Divine” stretch near fifteen minutes or more. Each song has tendrils snaking back to traditional Norwegian black metal but the scope here is insane. Where, for example, a more mainstream but mentally sophisticated black metal band like Watain have pushed the philosophy of their vision far, DHG have gone even farther than a band like Enslaved in expanding what it means to be limitless. There is still a molten core of deep soul upheavel and the empty void at the heart of these tracks, but along the way you will encounter near every emotion possible on the human spectrum. Mastodon may get praise for being progressive and trying different things (their new song for Game Of Thrones sounds like a mellow Katatonia number on a big budget), but DHG are REALLY experimenting on a whole other level.

Brilliant passages abound. At the mellow 7 minute semi-ambient mark of “Aphelion Void” you could almost be inside a  Mogwai tune, while “God Protocol Axiom” blasts furiously down the well tracked black metal path to hell before spilling into the River Styx via an emergency brake pulling industrial guitar crunch and the carnivale shouted lines “the devil hides in fractal patterns, beyond the singularity where everything you lost is waiting”. It sets a tone for madcap vertigo and a high bar. The drums tumble and get insanely busy before an almost Cure guitar line, watery and seminal, seduces the ear and carries us through melancholic death rock to disharmonic piano and strings that balk like howling furies, resisting any coherency. It’s like a drunken Bosch orgy on the burning pages of jazz, blackmetal and rock’s most outre fringes.

“Architect Of Darkness” opens with a riff akin to some of the Agonia label’s roster, a dissonant march that will please many fans of the shadows. The vocals all throughout are much more akin to strangled cries or a barking mounteback or the histrionics of Nivek Ogre or Arcturus than, say, “Freezing Moon” Mayhem’s frog vocal or a more shrieking black metal vocal. Vicotnik’s musical compositions are really out there and few bands, save Emptiness or Ephel Duath (r.i.p.) have dared to push themselves this far in recent (or any) years. You might be exhausted by the end of this record but your brain cherry will most certainly be not only popped but downright burst like one of the face hugger eggs in Alien. You’ll be shaking and left sweaty and breathing on the shores of wherever you drift to once the fog clears in the aftermath of the brutally unravelling quarrel of “Blue Moon Duel”. A great succesor to Supervillain Outcast.