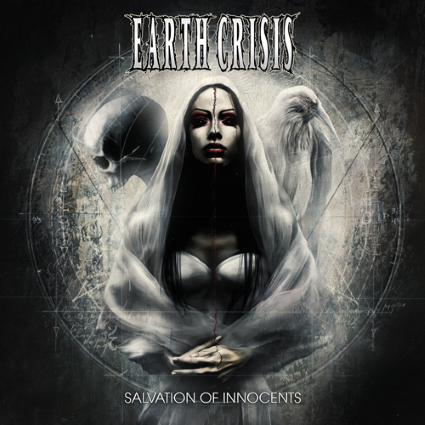 There are some good hardcore and metalcore bands around these days, from California’s Leaders (a Facedown Records standout) to the very exciting Counterparts and the skull-crushing brute strngth of Xibalba, but there are also many shitty as hell bands who are an embarrassment to the genre. The gut churning power of the opening riff of “Shiver” is hardcore, alt-metal and conviction rolled into one, while opener “De-Desensitize” (featuring truly ferocious bellowing by front man Karl Buechner), is a call for rational human conduct. There is still plenty of groove in the bands sound as well, sure to get arms whirling and heads nodding in zero seconds. Man, Ian Edwards’ basslines are probably the best part of this disc. Damn.Shit is rad. Adrenaline overdose!

“Depraved Indifference” shows the group is still socially engaged, like that is a shock from Earth Crisis. But yeah, it is a relief to know some people still give a shit when most bands would rather wallow in impotent escapism instead of tackling real issues. My favorite track is “Tentacles Of the Altering Eye”, and not just because it sounds like the name of a black metal album. The song finds the Zeuss production really taking off with the machine-potent grooves of the band, with Buechner ruling the proceedings with much needed vigor sure to inject fear into the scene stealing poseurs. I often wish bands like Another Victim or Until The End were still kicking butt, but Earth Crisis makes me feel better. Plus, they are from Syracuse and so basically from my region of Upstate, NY. There is even a concept comic book tie-in with SOI. Partnering with the Matt Pizzolo and Brett Gurewitz owned Black Mask Studios for the forthcoming new Liberator comic, Salvation of Innocents and the comic feature cover artwork from Chicago-based illustrator/painter Menton3 (www.menton3.com). Earth Crisis plus fantasy illustrators usually makes for cool art, like the Dave McKean cover they had for the Slither album.

All in all, let’s just say I have been blasting this new shit since 7 a.m. and it is now almost 5 p.m. ‘Nuff said.