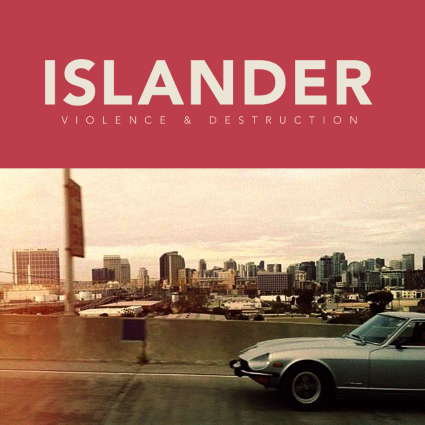 The leaders of the so called “Nu Metal” revival don’t deserve that tag, but not because it sells them short. Islander are indeed leaders and one of the best new bands on the scene, but “nu metal” was a stupid name to begin with. Korn never thought of themselves as a metal band. They always wanted to be perceived as their own entity. It’s why they covered “Mellowship in Slinky B’ by the chili Peppers when I saw them yeaaars ago at Lollapalooza, like, ’96 or something. It’s why they fuckin’ made one of their best albums The Path Of Totality when they were digging on EDM, which looked like a cash grab because of the popular EDM movement of the time, but Jonathan Davis is also a DJ now, so it isn’t a passing fad for Korn. People said they had too much hip hop or funk influence or some people thought too much metal influence, but they were never trying to replace Iron Maiden. Now some people say theirsong “Never Never”, in fact a killer pop song, is not heavy enough. Just let them be Korn! You can’t please everyone. “Y’all wanna single say…Fuck that, fuck that shit!”

Korn were just trying to create their own macrocosm within their own stylistic likes. Korn also were criticized more because they were seen as more blatantly trying to be aggresively marketed via stickers and cartoony t-shirts than, say, the artsier Deftones. Anybody remember how punks The Sex Pistols were a major label band?

Deftones got by with crictis more, one because they wrote better songs and two because they seemed more indie somehow, more connected to underground bands like Bad Brains (who got them their first big tour) and critically beloved new wave music. People blamed Rage Against The Machine for “Nu Metal”, just because they rapped. That is fucking ignorant. Rage had a social message and killer grooves. Groove in metal is not inherently bad. In fact, half these long haired old ass cracker jacks could use some. As much as I like Chris Holmes’ guitar playing over the years, moving to France to escape hip hop culture is ridiculous. One, France is pretty fucking liberal and two, the best guitar player who started rock n roll was Chuck Berry.Blackie Lawless and Mustaine becoming the more closed minded type of born again christians (I’m not against people of faith inherently) and hating on other bands who are atheists or satanic bands is ignorant. They are just proclaiming their lack of culture saavy or lack of true spiritual compassion.

I swear I am getting back to Islander in a minute, cuz they deserve it. I gotta clear the air here first though. “Nu Metal” as a genre tag allowed lesser bands to water it down, the same shit that happens in hardcore or D-beat when suddenly everyone jumps on Converge’s dick or whoever. It’s not the genre that is inherently bad. It is whether the talent, skill or execution fails to connect to people or the band is just clown shoes! Fear Factory caught shit for working with Cypress Hill years ago. That’s bullshit. The real problem should have been that both those groups are mega talented and it wasn’t the best song they could have come up with.

Is Cryptopsy’s The Unspoken King that bad? Hell, no! Death metal heads just happen to fucking hate change. Same with Slayer’s Diabolus In Musica! Great album. Morbid Angel’s Illud Divinum Insanus, however, is really uneven and the bad songs are terrible compared to the good songs. But the bad songs are mostly terrible because of David Vincent’s vocal performances and the fact that no one wants death metal legends Morbid Angel fucking around like that. The real problem is lack of awareness. Rap and rock can go together well, if done right. Shit, I can even get with that Sleeping With sirens song “Alone” with MGK, cuz they really went for it, even if that dude’s emo voice could break glass.

I am sick of Nu Metal kids who only like Slipknot but never dig further and perpetuate the cycle of mall metal, which makes Slipknot far more easy to ridicule when in fact they are a fucking good band (in silly maskes)! Subliminal Verses is fierce as hell and Corey Taylor is a great vocalist/frontman the likes of which comes along in a generation. Yes, even if he raps sometimes! I’m sick of emo kids who only know of Atmosphere or Weerd Science as a rapper. It makes those guys get taken less seriously when they are both talented MCs. I like stuff like Necro, Cage or Ill Bill who can out metal nearly any metal band and who fill songs at times with references to Cro-Mags shows or real life shit so gnarly you can’t shit on them as just more bling rap with no depth. But at the same time I can’t take anything away from the legendary R.A. “The Rugged Man” when he says he doesn’t want fans who don’t know who G Rap is. After awhile you want to let the juggalo bonfires rise up and consume everyone. Fuck it.

You know why we have deathcore bands writing anti-homosexual songs or republican anthems? Because we didn’t stand up hard enough for the real history of things. That said, their is a learning curve. Even Bad Brains fell into the Rasta anti-homo trap for awhile with “Don’t Blow Bubbles”, before seeing through that bullshit and returning to truly rock for light. Best band ever in my opinion. And thankfully even Deathwish is putting out Cold World’s How The Gods Chill.I’m not saying I wanna see backward baseball caps and saggy ass pants all over the place again, I’m just cutting through the hypocrisy here.

Anyway, I don’t like putting numbers on records for reviews. It’s pretty standard but I think it is not the best way, as it at first glance is far too much of an over simplification of any given record. That said, Islander gets a 4 for their new full length V&D, because it is really good. They are also a new band and you can tell they have some growing pains but tons of spirit and enthusiasm that cuts through jaded critical analysis like a knife through butter.

This is an affirmation of life in the face of a violent and destructive world, as angry at times as it is beautiful elsewhere.

“Coconut Dracula” is THE jam of the summer,in my opinion. A hook like that doesn’t come along that frequently. The band get compared to Deftones a lot, and while I hear some of that and some Bad Brains, I think P.O.D.’s better material, Nonpoint or even Donwset’s killer as fuck Check Your People record from 2000 are better comparisons, as they are more blatant with the hip hop influence. You don’t catch Chino rhyming much these days.

But yeah, Islander lay down thick grooves, big melodies and skater smart hardcore influences on Violence & Destruction. “New Wave” is heartbreak and dissonance that will fill up a room with lonely sound. “The Sadness Of Graves” is nothing you haven’t heard before, but it is a well done, big ass rock riff. The PAINS EP worked really well because it was all killer but the band still manage to fill up a whole record with listenable tracks that you’ll be able to enjoy on repeat listens if you like whatever this “genre” is.”Criminals” features Sonny from P.O.D. and packs a real punch with snappy drums and conviction. “Side Effects Of Youth” is a spazzy pit starter with some ETID-type spaz moments and some great shrieking from enthusiastic vocalist Mikey Carvajal. “Kingdom” is a beautiful ballad with Team Sleep-style electro beats and a dreamy sensibility and nature lyrics. It is just funny how people can be all over the D of a band like BTBAM but God forbid you listened to rap once. That’s not the issue. The issue is if something is good. Emmure are really inconsistent (though I am not a hater), and they do hella stupid shit sometimes. Issues are a pretty bad band. Islander is good. Get me? Is that simple enough for you?