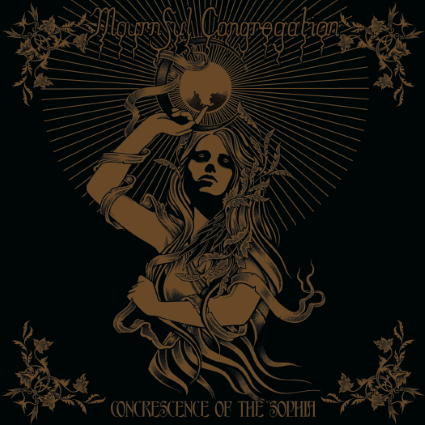 A near flamenco section some six minutes in is a brief respite akin to some of the best dynamic shifts of Novembers Doom (who themselves put out one of the best doom releases in recent memory this year with Bled White). Once the acoustic sections have passed, darkness descends again and the growled but not cookie yet still death entranced vocals preside over a band mining the deepest of shadowed territories. the guitar tones on this are stellar, the solo reminiscent of the melancholic glory of Daylight Dies really did it for me, and the early Soilent Green-esque mumbled low speaking voice sections add to the sense of time running out, even as the song stretches on and on. Still, by the time the twenty minute mark comes around and you’ve endured (in a good way) the emotional and oh so metallic granduer of this fucking beast’s will, you will feel like you read all of Dante’s famed Inferno in one evening.

The second track is about nine minutes, normally most band’s at their most indulgent but hear almost funny after the lifespan of the title track has run it’s harrowing course. “Silence Of The Passed” begins with a gothic feel almost akin to a doomed out Paradise Lost, with great melody hidden in the clotted blood of the baleful guitars. Again, the band are in full conrol as we descend down a staircase back to hell just when we thought purgatory’s climb might lead us to a lighter road. This song is like a dark yet lucid drifting dream through could have beens and haunted halls, as the vocals literally sound like spirits passing on the wind at times. I don’t know how they did it, but this is so overpoweringly immersive, again, that you are completely at the mercy of the band’s paradoxical pallete of snail’s paced yet oh so moving discordance.

Pre-Order HERE (do it now!) and stream HERE via Stereogum if you just can’t wait to hear it. 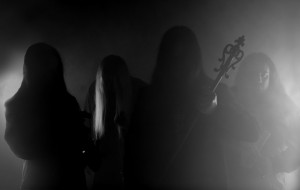