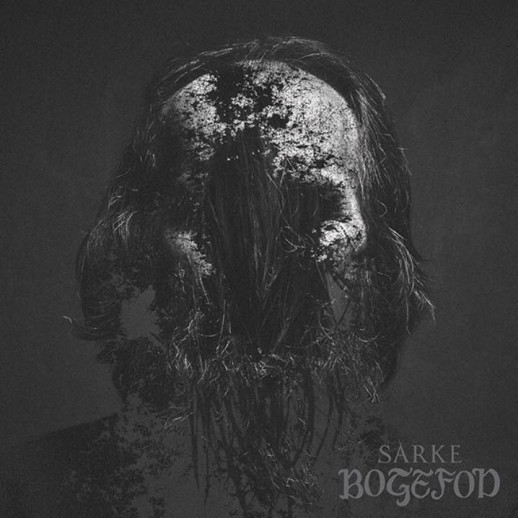 Sarke‘s new album Bogefod is one of the best early quarter releases for metal this year, without a doubt. Based on the story of Torolv Bogefod from the Norse classic Eyrbyggja saga, it is a very grim and gnarly record full of undead hate for the “Blood of Men”, a darkly beating rock n roll heart and dirty distortion that gives it, at times, that proto black Celtic Frost edge albeit with the skillful rendering of a metal album forged in 2016. “The wickeds transient sleep” thrashes about with enough murderous, blackened vigor to create both circle pits or isolated invisible orange clutching and scowling at a stormy sky alone in the forest.

Most of the record has a rough edge yet also a professionally executed love for classic heavy metal. The bridge of “The wickeds transient…”, for example, dips into some really brooding, sustained note Candlemass territory for a few glorious moments before a cruel mid tempo stomp riff marches in declaring “anguish”. “Sunken” declares “a final grave/the watery marsh” over a dirty riff that almost sounds like early Megadeth, capping a record that feels more often like an audio version of a bad ass historical horror movie.

“Barrow of Torolv” brings classical dynamics to a slower and more doom based highly impressive string augmented track, truly adding to the mood of the story told in pained snarls by Darkthrone’s Nocturno Culto. “Dawning” later on in the record, is even a classical-laced ballad with ethereal female vocals like mourning over a grave. “Evil heir” is another highlight, dark and foreboding as we realize the tale is not over. Both Sarke as a band, and the story Bogefod’s lyrics presents will even take part in a movie called SAGA, where Nocturno Culto has a leading role. If it is as good as this fourth record from an underrated band, it will be very worth your time.