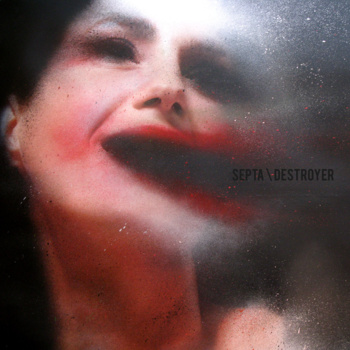 Septa are a band from Odessa, Ukraine who reward listeners with evidence that some people are still making art out of love.A friend at Metal Injection turned me on to them and the array of styles the band command near-effortlessly seems implausible, but it’s true. 2013’s The Lover has some dreamier sections overall than the much heavier new album Destroyer, more vocally varied by far but somewhat reminiscent at times to the more lucid sounds of Philly’s great Rosetta (who incidentally are the subject of a documentary film coming out).

I was visiting Feral House’s site last night and saw the fringe and occult book company have a killer book American Grotesque out about the once highly controversial pastiche work of photography legend William Mortensen. Mortensen was way ahead of photoshop and in the heyday of Fay Wray was already making amazing explorations into the Id with tricked out photos of gorgeous naked women and various beastly creatures, a master of lighting and warping perspectives. Septa as a band are active in a time when style collage is at an all time high in the field of music and easier than ever with pro-tools, but they are doing it the old fashioned way through hard work and a major focus on songwriting.

Fans of 2013’s The Lover may be a bit shocked at the way the record opens with creepy Today Is The Day-esque whispering menace that quickly explodes into groove heavy post-hardcore with rock n roll twists. The vocal range is still really impressive, with some songs sounding like a rabid hyena or Transnational-era Clutch and other moments vocally akin to the hyper manic energy of the best System Of A Down while the band play grimy riffs like Converge on a death n roll bender. This album mostly attacks hard all the way through, with a Placebo-esque cold and moody sort of centerpiece track “I, Havoc” lending a dynamic ear break in the middle that makes the whole album breathe and flow even more. Things do get weirder as they proceed with nods to everything from Nine Inch Nails (“Unmaker Omega”) and I keep thinking Today Is The Day, due to the sheer command of various experimental sub-genres and no fear of wooing or scarring ears in the same track. Sick shit. You also gotta give the band big balls points for naming a record Destroyer (ala Kiss), kind of like when The Replacements had a record called Let It Be. “Ruins On Ruins On Ruins” gargles thumb tacks over a brutal and thumping riff that hammers the listener as words deteriorate and become more and more guttural and raw. The Matt Bayles and Chris Common studio work on this little sleeper record is fantastic and this band could really blow up if given proper attention. Either way, I have a feeling they aren’t going to give up.

Pick it up or stream it HERE.