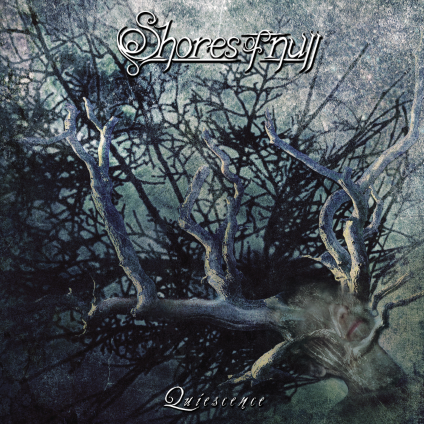 A lot of lyrics seem to tackle strength in the face of difficult odds or death, seeking what counts amidst madness and loss. Fans of Enslaved’s more mid-tempo stuff or any era-Katatonia should eat this up. Again, it is so refreshing to find metal band’s with real songs. Much of that can be credited to vocalist Davide Straccion’s command of catchy but soulful Jerry Cantrell-esque melodies paired with deep chested growls from whoever in the band is doing the brutal stuff (it might be him also, I dunno). Tasteful guitar leads also elevate the affair all throughout the release.

The tempo shifts/dynamic from the epic “Ruins Alive” to the moving and introspective intro to the marching “Pain Masquerade” make this record kill.”Kings of Null” is sure to be one of the band’s faster anthems while “Night Will Come” is gorgeous and takes you to a place of strength inside to face the dark. The band excel at everything they try, “including inspiring melodic vocal choices. Guitars punch and take over your world in a huge, somber way akin to November’s Doom and the general production is pro and stellar but certainly metal.

“The Heap of Meaning” almost sounds like Deftone’s “Change (In The House of Flies)” during the creeping intro before settling into a headbangers groove with a spinning helicopter blade-esque drum beat and plenty of action through 5 breathtaking minutes of pure metal. The death vocals on this one especially call to mind Daylight Dies, which is NEVER a bad thing. Emiliano Cantiano’s drum performance is another highlight, always just enough but with the restraint needed to power the controlled nature of these songs (especially on this track as well as the bashing, slower “Quiescent”).

Congrats to the band on a great debut and let’s hope this is a band the metal scene supports who don’t dissapear anytime too soon like far to often happens these days. These guys have huge potential to create some masterworks in the years to come. Let’s see some new “career” bands for the next generation! I would really like these guys to be one of them that we are still talking about ten years from now.Time is a wasteland but these guys need to be in it for the long march.