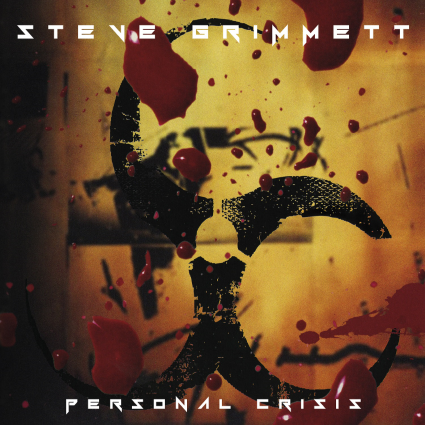 I’ve always thought that if there were to be a Mount Rushmore of Heavy Metal singers, Steve Grimmett would be one of the most deserving men to be a part of it. Think about it. He was a singer for bands like ONSLAUGHT, LIONSHEART, and of course, the legendary GRIM REAPER! You know, now that I think about it, I’m pretty offended that there isn’t a metal Mount Rushmore. Can we get a trending campaign going to raise awareness? #NotMyRushmore immediately springs to mind. (Editor’s Note: If Dio was on it as well we could sing “Man On The Rushmore Mountain”).

While we are awaiting our mountain, some great news has come to light. In 2007, Steve Grimmett recorded a solo album which got an extremely limited release. It sadly would never be seen on North American soil…until now. Well, by “now”, I mean June 30th, so there’s a little wait time left my little Drewgies. (Get it? I’m Drew, A Clockwork Orange, see what I did there? Yeah, ok… I’ll stop.) Once I learned of this news, to say I was pumped would be an understatement.

I grew up with the GRIM REAPER albums in my collection. Fuck, I opened this by saying Grimmett was on my personal metal singer Mount Rushmore. (The other 3 are Dickinson, Halford and indeed the mighty Dio if you’re wondering.) This man has had one of the greatest voices in metal and he’s still kicking ass with that god-like voice of his today. Don’t believe it? Buy last year’s GRIM REAPER album Walking In The Shadows.

As soon as I got my advance of the Personal Crisis  album re-issue, I began to assemble my team in my office (Johnnie Walker gold reserve and my dancing Groot plant), and together, we had one killer heavy metal happy hour, as this album is an unrelenting metal assault. A classic metal sound with killer riffs and Grimmett’s powerful voice on what may possibly be his best recording. There isn’t one weak moment on the album. Ian Nash [guitars], Richard Walker [bass], and Pete Newdeck [drums] created a perfect sound that really compliments Steve’s voice. Key Tracks – 1. Karma 2. Enemy (with guest vocals by Joanne Ruiz) 3. Fallen