Alcest’s Fall N. American Tour with Emma Ruth Rundle sure to be splendid as heck 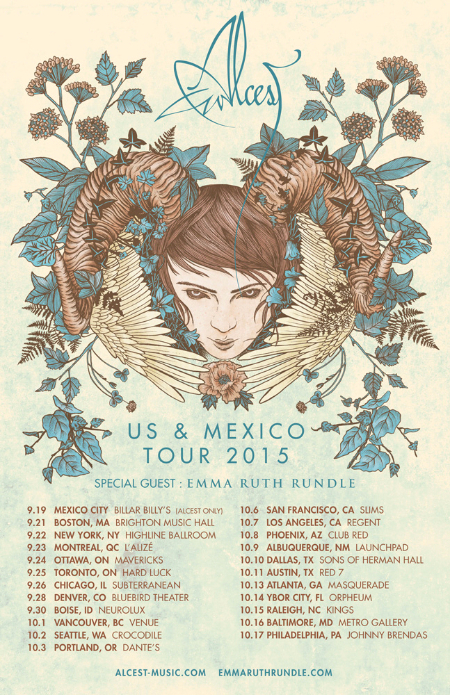 Parisian Post-metal duo ALCEST has announced a fall North American headlining tour. The critically-lauded group, called “half-gauze, half-iron” by The New York Times, will launch the month-long trek on September 19 in Mexico City. The scheduled 23-city, major market jaunt will run through October 17 in Philadelphia, PA. Support on the ALCEST tour will come from singer-songwriter and visual artist Emma Ruth Rundle. ALCEST continues to perform globally in support of its most recent album, Shelter, which has been hailed as “capable of great feats of mood and beauty” by Pitchfork and “intoxicating” by Rolling Stone.

“We are very happy to announce that Alcest will tour in Mexico and North America in September and October of 2015,” comments Neige. “It’s been three years since we played in North America as headliners, so we are very excited to be back. Our support guest on this tour will be the talented Emma Ruth Rundle (Marriages, Red Sparrowes). Be sure to catch us on one of these dates!”