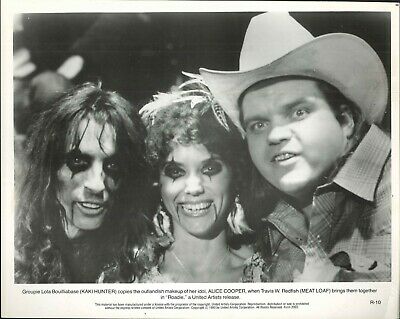 Shock rock / classic rock legend Alice Cooper has written some kind and sincere words about the recent passing of his friend Meat Loaf. I have been listening to Meat Loaf at work and sort of processing his loss and the impact of his theatrical career. We VERY arguably wouldn’t have had many aspects of theatrical rock, be it Avantasia or My Chemical Romance, without someone like him paving the way.

I have not been posting much about him yet because am dealing with a recent death in my own family and really I just felt like I couldn’t muster good enough words to summarize someone’s whole, complex life. I don’t have to agree with everything he said or did over a life that spanned decades, just as I don’t agree with everything I ever did myself. It is cruel when people just make mocking memes when someone dies because they don’t like some of their politics. I don’t want to contribute to that lack of compassion. He was an amazing performer who went through a great deal.

I just want to send condolences to Pearl, Scott and the rest of his family and share this touching tribute from Alice for now,

Meat Loaf was one of the greatest voices in Rock N Roll, and he was certainly one of my closest friends in the business. He was really so much fun, truly fun to be around. He just felt like a best friend to everyone no matter how long it had been since you last saw him.