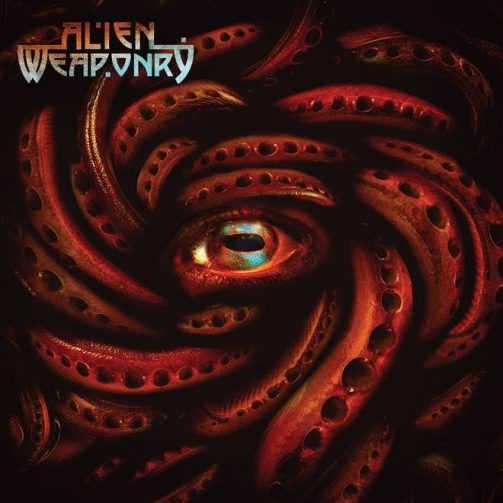 ALIEN WEAPONRY have returned, announcing the release of their upcoming sophomore album, Tangaroa, out September 17, 2021 via Napalm Records! The first track has big melodies and an obvious Korn influence. Like Gojira, the band have also opted not to discuss stupid shit during this time of unprecedented environmental threat and are instead focusing on world issues for this song – illegal fishing practices. Through raising this awareness, ALIEN WEAPONRY hope to support the important work and efforts of the Sea Shepherd Conservation Society. If you recently watched Seaspiracy but that wasn’t somehow enough to make you stop eating fish, maybe this video will at least empower you to donate.
Lead vocalist and guitarist Lewis de Jong says about the track:
“We decided to write this song about how the ocean is being suffocated by humans and their waste. The ocean is an important part of my life, and it’s important to protect it.”
Drummer Henry de Jong adds:
“‘Tangaroa’ is a heavy and angry message about how we are destroying the ocean with pollution and overfishing. The video ties in with this message, with us drowning in plastic conveying the struggle of ocean life.”
Henry de Jong says about Tangaroa:
“The album is tied together with the message of ‘Tangaroa’ – the whole album is more a snapshot of the band’s brains during the writing process. We have also written songs that are about some of our first tūpuna (ancestors) who were here in Āotearoa (New Zealand). Hatupatu, who is very famous in Māori history, as well as Īhenga, who named a number of places in Āotearoa during his travels.”
Lewis de Jong adds about the album’s artwork and thematic details:
“The album is named after the track ‘Tangaroa’, and we went with this theme on the artwork. The album is drawn from some new experiences we’ve had as well as some ancient Māori tales. I think we have stepped things up from the last album.”
Bassist Tūranga Morgan-Edmonds also adds:
“This album’s use of even more traditional Māori sounds and styles is a very exciting step forward for us.”
Tangaroa tracklisting:
1. Titokowaru
2. Hatupatu
3. Ahi Kā
4. Tangaroa
5. Unforgiving
6. Blinded
7. Kai Whatu
8. Crooked Monsters
9. Buried Underground
10. Dad
11. Īhenga
12. Down The Rabbit Hole