As Pride Month ends, some thoughts on Trans challenges and Bioessentialism being wack 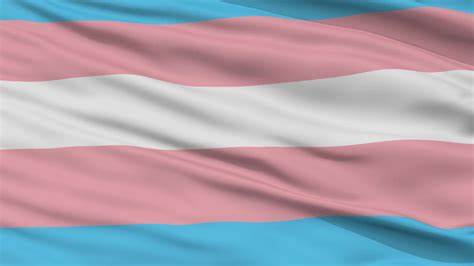 Hi folx.
We had a former admin recently say homophobic comments on some Facebook groups and it super pissed me off. I am a pansexual demiflux/non-binary trans person (as I documented in this song I often refer to as my own Korn’s “Daddy” of my personal enby journey). Thus, it fucking sucked to see someone I didn’t even know still had admin roles not only pretend to be a deceased person (long story) but also say messed up things through our site’s official Facebook capacity.  A site which has been held together mainly by lgbtqia people the last half decade plus. I have the screenshots somewhere of which members posts were flagged. Suffice to say they weren’t mine even though I run all the social media except for these weird ass thrash groups this dude was posting in. Which is over now. I have full control over things imminently and want to be absolutely clear…that shit is not cool.
There are not just cis straight men in the scene. Get used to it. Why the eff would you want that anyway?!! Not to mention, in society in general! More trans people exist in metal than you probably know, though it is awesome Liturgy, Life Of Agony, Cretin etc. have become more visible. Here is something I wrote on my Facebook the other day after seeing yet more trans bigotry in some forums.
Tw for those w dysphoria- gender stuff.
Happy pride month wrap up. Sex and gender both exist on a spectrum and science backs this. Use Google. If you think the following is just word salad you might just be lazy, cis centric and bigoted. I am a valid non binary person without lifting a single performative painted nail or if I ever go back on HRT again or not , if I choose. A binary trans person who hasn’t access to care is also still trans pre op. Stop creating climates of performative dysphoria pole vaulting.
Bioessentialism is misguided gatekeeping. PeriodT (pun intended). No I am not mocking periods in general. Perspective. Trans people who are pre transition are not “biological men and women.” Neither are enbys. They are trans people who are becoming and/or already are their authentic full selves. God (if real) is non binary and also created variety in nature. Not just a binary.
Bioessentialism upholds gender norms far more than any trans person and that is just obviously true, because trans people otherwise wouldn’t threaten anyone’s heteronormativity sensibilities (which also often falsely assume/equate sexual w gender identity) . Most trans people are actively deconstructing gender norms.
Of course male privilege exists. Not all trans people were Amab. Reducing all trans people to an imposter cis male boogeyman out to get you is insulting in many levels and completely narrow . You know what else definitely rampantly exists? Transmisogyny and transphobic rhetoric. Trans people are not trying to and literally can’t erase the existence of cis people. That’s absurd.
That said , you are also allowed to have sexual preferences for ANY reason. It could be a trigger or just any number of reasons why you like or dislike something or someone. That’s autonomy. You are never obligated to do anything. It might not always be quantifiable though some might be sociology, sure. But Genital preferences don’t mean you get to go around misgendering trans people. You should never reduce anyone to their genitals anyway. That is dehumanizing.
Trans and cis people have many different experiences and many similar as well as areas of semi-overlap. We can’t dismiss cis women for wanting to discuss specific medical concerns or historical obstacles and we also can’t yell over trans men or enby peeps who say to please include them as potential child bearing or period having folx. Because they are. And trans people are not mentally ill.
“On the whole, bioessentialism reduces individuals to their parts. It restricts free expression of gender and sexuality, limiting our self-presentation critically. It gives rise to harmful stereotypes that marginalize every one of us who cannot conform: men who don’t subscribe to the traditional ideas of masculinity, women who rise above their stations, and transgender and gender-non-conforming (GNC) people. Of these groups, the trans and GNC community suffers most disproportionately. Their struggle is also the most ignored.” – women’s republic