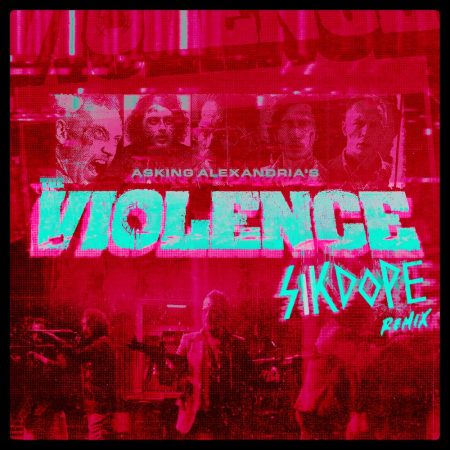 Speaking on his bombastic remix of Asking Alexandria’s latest arena-filling anthem, Sikdope says:
“I’ve been a fan of Asking Alexandria for as long as I can remember. They’re also great friends of mine, so of course I was thrilled when they asked me to remix “The Violence” (also one of my favorite tracks this year). I sang in a rock band as a teenager so remixing this track felt like second nature to me; I got to go back to my roots but also showcase the evolution of my sound. This remix feels like such an accomplishment for me because when I was in a band as a kid, my dream was to have a release on Sumerian… now I’m on it as a DJ.”
Adding to this, Asking Alexandria guitarist, Ben Bruce says
“I’m a firm believer that the best collaborations come from when artists come together through a true and real connection. A great collaboration can’t be forced, they are born from a mutual respect and passion. In this case Sikdope and myself had been friends and mutual fans of each other’s work for many years prior to this collaboration. We went out for dinner one night and decided, spur of the moment, to collaborate! I’m so excited that we finally got to work together and through combined efforts have created such a MONSTER of a tune!”