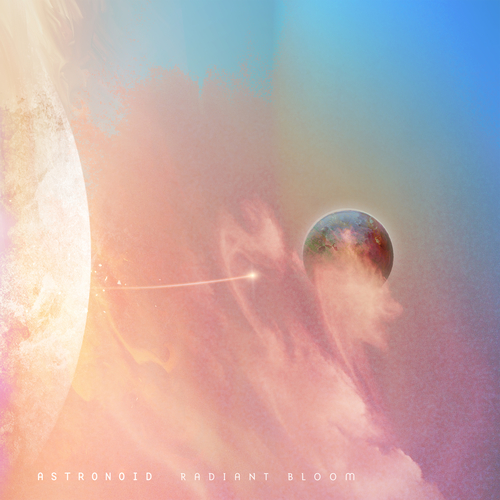 Astronoid, the Boston band whose music has been described as an “awesome intersection of black metal pummel and shoegaze luster” (Pitchfork) and whose 2019 self-titled album was dubbed “the sweetest, softest heavy metal of the year” by NPR, release their eagerly-awaited third album, Radiant Bloom, on June 3 via 3DOT Recordings.

“It’s a balance of aggression and emotion,” explains vocalist, guitar player and songwriter Brett Boland about the band’s first new album in three years. “This is our next evolution. It’s a reflection of everything over the past few years, and it’s the most personal album we’ve made so far. Radiant Bloom is about the state of being human and all the trials and tribulations that come along with that. It’s about mundanity and boredom and about everything moving so fast that you feel like you can’t do it all. It’s about the flood of feelings that goes along with everyday experiences and trying to cope with the swirling vortex of life humming around you.”

A preview of the nine-song collection arrives today with the release of “Eyes” (https://lnk.to/astronoid-eyes), a track Boland describes as “not feeling completely sure of who you are or what you’re doing.”

The self-produced album is also the band’s debut on 3DOT Recordings, a label created and guided by Periphery. “We’re thrilled to announce the signing of Astronoid to 3DOT Recordings,” explains Periphery guitar player Mark Holcomb. “Astronoid have been on our radar since 2017 when we toured the U.S. together, and we’ve wanted to sign them since we launched the label in 2018. Not only have they become friends of ours over the years, but we’re big fans of their music. We believe Radiant Bloom is their strongest album to date. 3DOT has always been a label that prioritizes creativity no matter the genre or style, and Astronoid fits firmly in its vision.”