This week’s origin story comes to you from the Norwegian black metal group 1349. Revelation awaits you here.

1349 derived their name from the year that the Black Death, one of the most destructive epidemics in human history, arrived in Norway. The Great Pestilence inadvertently spread to Norway when an English ship with everyone dead on board floated into Bergen, the then capital of Norway. The Black Death broke out in its most horrifying form with the vomiting of blood and spared barely more than a third of Norway’s inhabitants. Vessels were often seen drifting about on the sea to arrive on shore with crews perishing to the very last man. It took over 150 years for the population of Europe to fully recover. 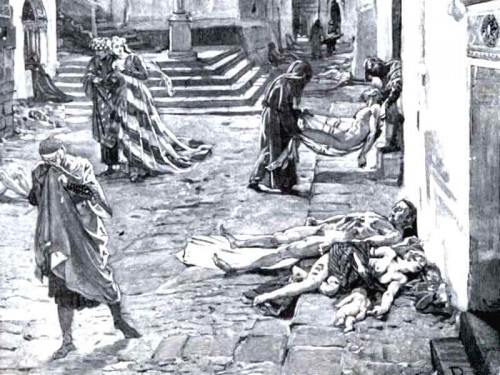