This week’s origin story comes to you from the majestic hills and mountains of Switzerland where Eluveitie has been gracing us with their Gaulish influenced folk metal since 2002. Revelation awaits you here.

Eluveitie is Helvetic Gaulish for “I am Helvetian” which is based an inscription dating to the earliest record of the Celtic Helvetii tribe from what is now Switzerland. Gaulish is an extinct language spoken by the Gauls who originated from what is now France, Belgium, Swtizerland, and North Italy where they lived from the Iron Age through the Roman Period. The Helvetti were a tribal confederation that occupies most of the Swiss Plateau when the Roman Republic in the 1st Century BC. The Helvetti were mentioned through Julius Caesar’s Commentaries on the Gallic War, which were his firsthand account of the Gallic Wars. The Gallic Wars ended at the Battle of Alesia in 52BC which solidfied Julius Caesar’s status as sole ruler of the Roman Republic as the Roman Republic now ruled over the whole of Gaul.

The land of the Celts in the 3rd Century BC 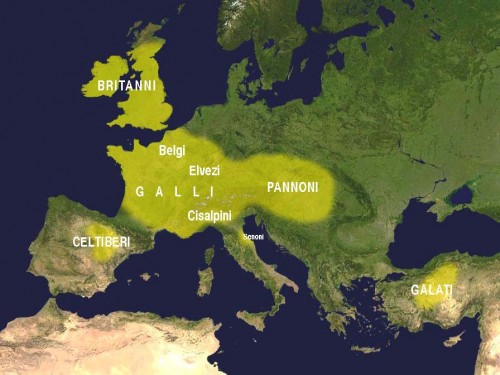 Map of the Roman province Maxima Sequanorum (ca. 300 AD), which comprised the territories of the Helvetii, Sequani and several smaller tribes. The relative locations of the Helvetian pagi Tigurini and Verbigeni, though indicated on the map, remain unknown. 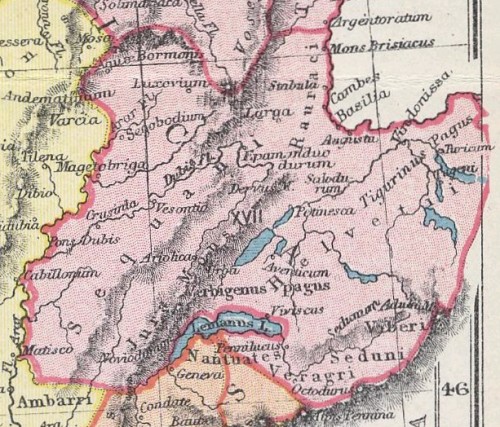