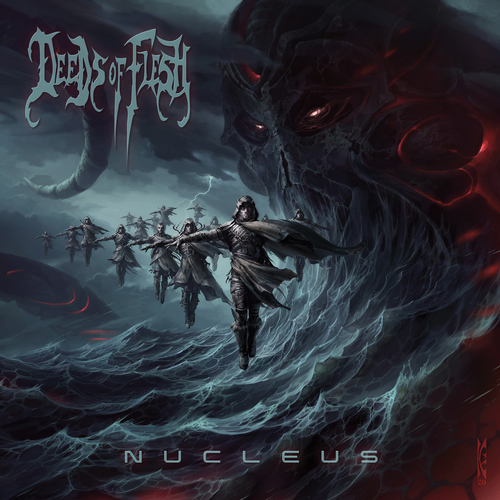 The band’s first release since the tragic passing of guitarist / vocalist and Unique Leader founder Erik Lindmark, who lost a battle with sclerosis in 2018, Nucleus features guest performances some of the biggest names in extreme metal to celebrate his life and contribution to metal. Vocalist Jacoby Kingston is joined by members of Pathology, Gorguts, Dying Fetus, Submerged, Decrepit Birth and more.

With a mix of the old and new style of DEEDS OF FLESH writing, this album is the completion of a story that began with Of What’s to Come (2008) and ran through Portals to Canaan (2013). The music was written by Erik Lindmark (RIP), Craig Peters, Ivan Munguia and Darren Cesca, and had been recorded and partially mixed for almost four years. When Erik Lindmark passed in 2018, vocalist Jacoby Kingston came out of retirement to help finish the album. Alongside long-time drummer Mike Hamilton, they finished the story arc, wrote the lyrics and made the vocal arrangements for Nucleus.

More News On Deeds of Flesh: