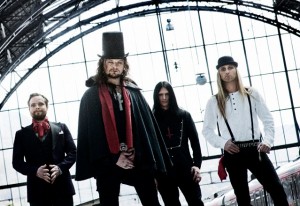 Not many heavy metal bands can boast of chart positions and two-page bulletins in all the national newspapers for a debut album. Sahg can. With their gloomy chords, ten ton rhythms and a taste for the heavy rock pioneers of the seventies, the Bergen-based quartet had the audience and critics toss their hats in the air with excitement. Sahg I (2006) filled a void in the Norwegian metal fauna, and was an indisputable success in Norway, as well as abroad. The album got 10 out of 10 points in German Rock Hard Magazine, and 8 out of 10 in the UK edition of Metal Hammer. The success debut album brought the band on tour stateside, as opening act for extreme metal pioneers Celtic Frost, and made Sahg “the one to watch” at a string of metal festivals.