Baroness announce May co-headlining tour with Against Me! 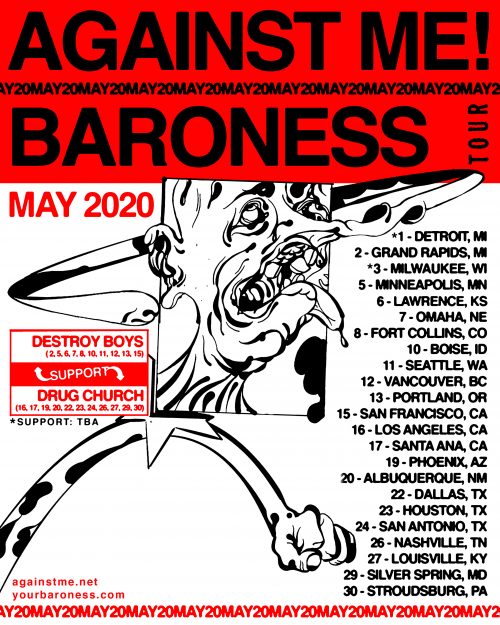 Georgia heavy metallers Baroness are preparing a co-headlining North American tour with Against Me!.

The tour, which will take place in May, will see support from Destroy Boys and Drug Church.

Before shredding across North America Baroness will be touring in Europe in March. Baroness are currently touring in support of 2019’s Gold & Grey.

# With Deftones
% Festival
^ Baroness headlining
+ With Gojira (tickets on-sale 2/28 at 10am CET)
* Co-headline with Against Me!