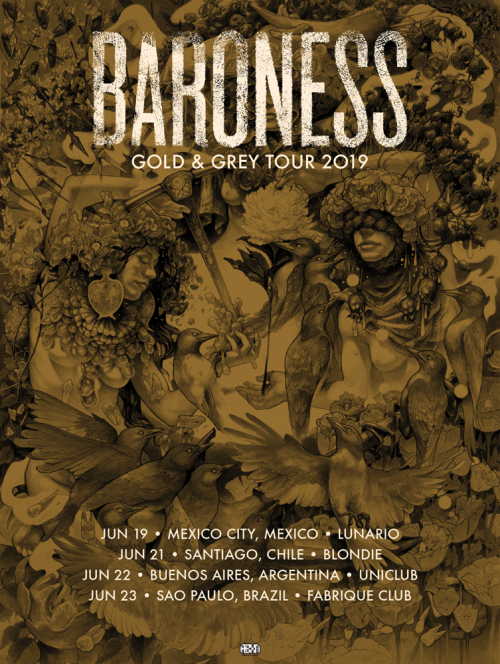 Gold & Grey from mighty Baroness is out June 14 via Abraxan Hymns, and a new robust and melodic song “Borderlines” is out now. You can pre-order Gold & Grey HERE and get an instant download of “Borderlines,” which you can listen to everywhere HERE. Vinyl, CDs, and cassettes are available in the Baroness store and at your local record shop in limited edition colors.

New Mexico and South American Tour Dates have been announced! Excited for a new album cycle from one of the best in rock.