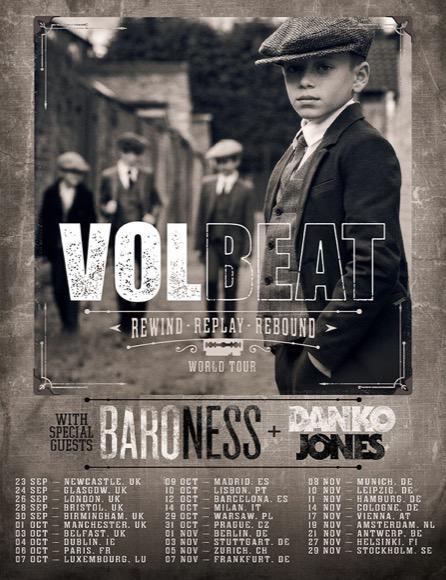 Baroness have released the driving and magnificent “Throw Me An Anchor” from Gold & Grey, probably my favorite single from the release yet in turns of energy, performance and composition. Plus, just how good have they gotten at those big melodic choruses? It’s getting unreal. This song also has an almost maddeningly dope proggy outro that somehow reminds me of Blood Brothers and Rush at the same time. Here for it!

Additionally, Baroness will be touring Europe September through November with larger than life rabble rousers Volbeat and mighty hard rockers Danko Jones. As of Friday, May 24th , Tickets will be on sale HERE .